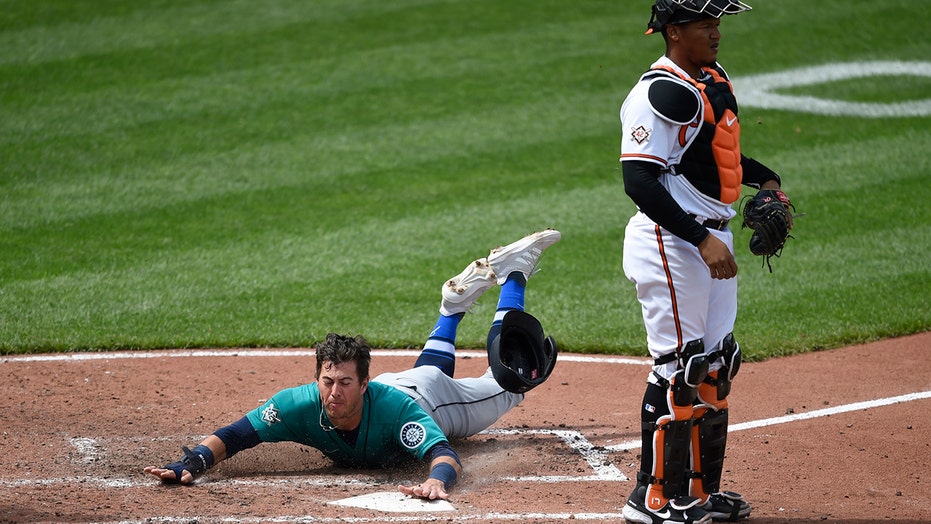 J.P. Crawford hit a go-ahead double with two outs in the sixth inning, Marco Gonzales overcame a rough start for his first victory of the season and the Seattle Mariners beat the Baltimore Orioles 4-2 on Thursday in a doubleheader opener.

Seattle tied the score on Mitch Hanigar's two-run homer in the fifth off Matt Harvey.

The Mariners went ahead when Tanner Scott (0-2) walked José Marmolejos leading off the sixth, pinch-runner Braden Bishop advanced on Dylan Moore's two-out single and Crawford stayed back on a slider and hooked the ball down the right-field line.

Kendall Graveman pitched a perfect seventh for his second save in as many attempts, finishing a four-hitter in a game shortened by pandemic rules.

Baltimore has lost seven of nine following an opening three-game sweep of Boston, dropping five of its last six.

Seattle has won four of its last five.

The teams played their second doubleheader in three days to make up of Wednesday’s rainout, which followed a split Tuesday that made up Monday's postponement.

Left-hander Bruce Zimmermann (1-0) was to start the second game for Baltimore and Justin Dunn (0-0) for Seattle.

All players wore No. 42 on Jackie Robinson Day, the 47th anniversary of Robinson breaking the major league color barrier with the Brooklyn Dodgers.

Baltimore's Trey Mancini rebounded from 0-for-7 day Tuesday by hitting a two-run homer in the first on a sinker from Gonzales.

Gonzales (1-1) retired 13 of his last 14 batters and gave up two runs and three hits in five innings while striking out five. The left-hander had allowed 12 runs and five home runs in 10 1/3 innings over his first two outings.

Harvey didn’t allow a runner past second in the first four innings. He allowed two runs and three hits in 4 2/3 innings.

Mariners: LHP Yusei Kikuchi (0-0, 3.75 ERA) has 16 strikeouts in 12 innings for Seattle, which returns home to begin a three-game series against Houston on Friday.