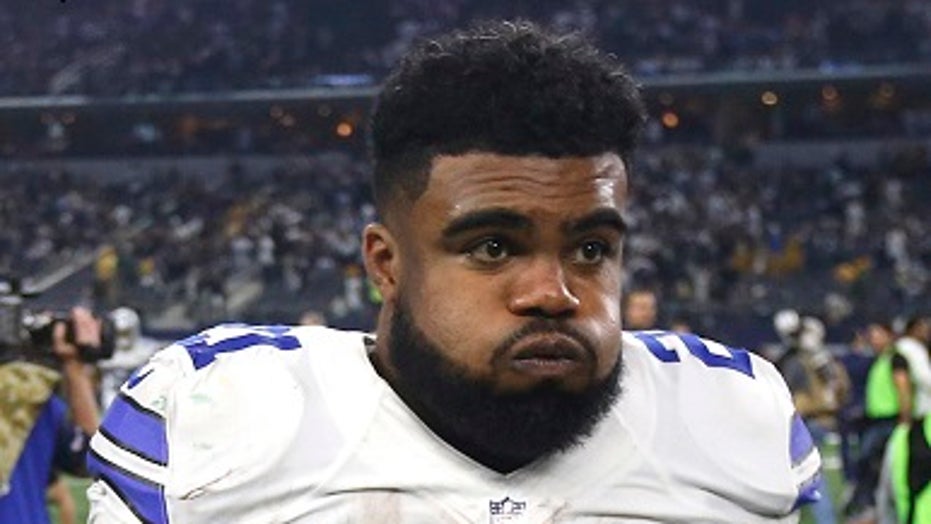 Dallas Cowboys star Ezekiel Elliott is reportedly facing a lawsuit after his dogs allegedly attacked a pool cleaner in Texas in March.

A woman says in the lawsuit that she went to the running back’s home in Frisco to clean his pool on March 11 and was “ambushed” by three dogs, TMZ Sports reported Friday. Elliott has a Rottweiler and two bulldogs.

The woman claims the dogs bit her several times and that she needed surgery to repair her forearm, according to TMZ Sports. She reportedly said she’s still having trouble with her arm and is in constant pain from the attacks.

A Frisco police official told the site that animal services responded to an incident at Elliott’s home on March 11 but no criminal charges were filed.

Frank Salzano, Elliott’s attorney, told TMZ Sports that his client did nothing wrong in the incident.

“Ezekiel was in no way negligent in connection with the alleged incident and intends to vigorously defend the lawsuit,” he said