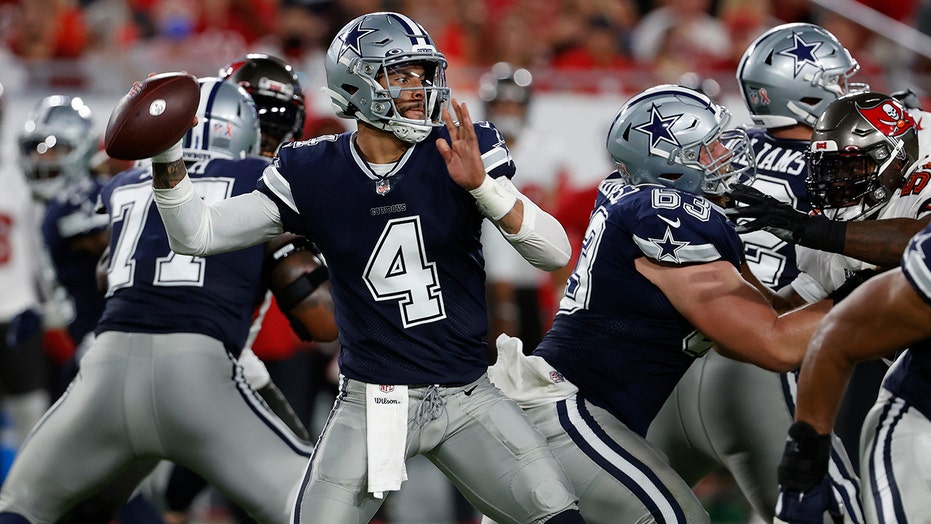 The FOX Sports analyst offered his predictions on the first week of matchups.

Dak Prescott was impressive in the Dallas Cowboys’ narrow 31-29 loss to the Tampa Bay Buccaneers on Thursday night.

In his first game back from a gruesome ankle injury suffered in Week 5 of the 2020 season, he was 42-for-58 with 403 passing yards, three touchdowns and an interception. He threw his first touchdown pass since Week 4 of the 2020 season – about 340 days went by between passes.

"You can be great and come up short, right? That's what tonight was," Prescott said, via the team’s website. "It was a great effort, but we came up short. We want to be the best, and the best is simply being better than the other guys – day in, day out, being the best in the league."

The Cowboys’ trust in Prescott was shown early and often.

Prescott found CeeDee Lamb for his first touchdown pass of the season with a 22-yard completion to tie the game in the first quarter. He found Amari Cooper in the second quarter to bring the Cowboys to within one point of Tampa Bay.

He and Cooper would hook up again in the third quarter to bring the Cowboys back to within two points.

In the fourth quarter, Dallas got the lead with 1:29 remaining in the game. However, there was just too much time remaining on the clock for Tom Brady and the Buccaneers.

"It's Game 1, it's a long season. But we've got to make sure that we get better from this one and allow this to propel us," he said.

When Prescott and Brady met at midfield, the Cowboys star made clear they would see him again.