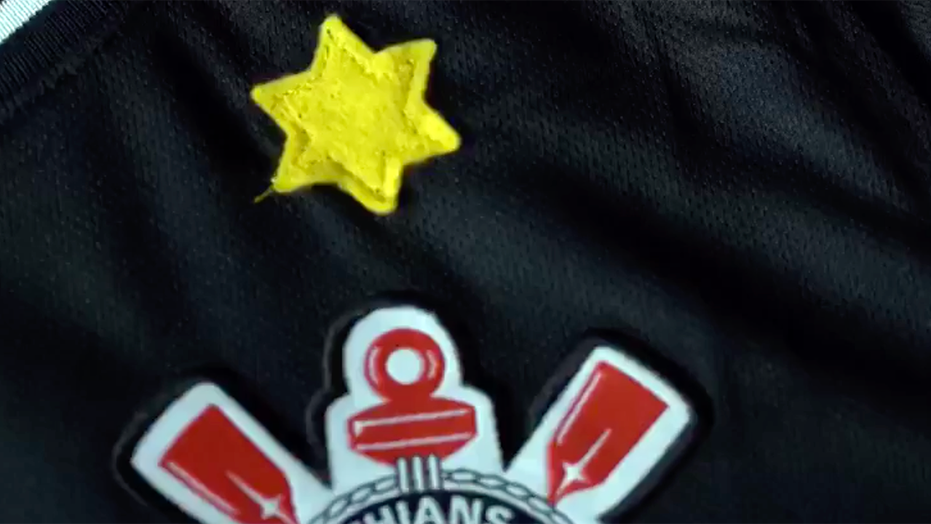 One of the biggest soccer clubs in Brazil marked the anniversary of the Night of Broken Glass -- also known as Kristallnacht – during a match in the country’s top-tier division Wednesday.

The move to put the Star of David on their jerseys has been applauded by the Jewish population in South America, according to The Jerusalem Post. The Jewish people in the region reportedly hope the gesture will raise efforts to combat anti-Semitism.

“Corinthians is the people's team, and as such has always been engaged in social causes, regardless of race, color and creed,” Claudio Kalim, the CEO of Tech and Soul which partnered with the club and the Holocaust Memorial to mark the 81st anniversary of the Night of Broken Glass, told The Jerusalem Post. “This initiative further reinforces this positioning, using the most popular tool we have in Brazil, which is football, to bring a message of peace and conscience to millions of people.”

The Star of David was also placed on seats throughout the stadium.

The kits featuring the Star of David are on sale for about $50 on the team’s website. The proceeds will go toward a memorial for Holocaust victims.

It’s not the first time the Corinthians club has shown support for the Jewish community. Players wore the names of the victims in the Pittsburgh Tree of Life Synagogue shooting last year.

Kristallnacht was a massacre carried out against Jews by Nazi Germany in 1938. More than 250 synagogues and 7,000 Jewish businesses were destroyed and thousands of Jews were placed into concentration camps.