Conor McGregor, the famed Ultimate Fighting Championship fighter, took to Twitter on Monday to praise President Trump, who was celebrating his three-year anniversary since being sworn into office.

"Phenomenal President," McGregor said. He posted an image of a goat, which is widely known to mean "Greatest of All Time."

"Most certainly one of them anyway, as he sits atop the shoulders of many amazing giants that came before him. No easy feet (sic). Early stages of term also. Incredible. Congrats and Happy Martin Luther King Jr. day America"

McGregor's post was in response to Trump pointing out that it was his three-year anniversary in office on Martin Luther King Jr. Day.

"It was exactly three years ago today, January 20, 2017, that I was sworn into office," Trump wrote on Monday. "So appropriate that today is also MLK jr DAY. African-American Unemployment is the LOWEST in the history of our Country, by far. Also, best Poverty, Youth, and Employment numbers, ever. Great!"

Back in October, the Labor Department reported Black and Hispanic unemployment was at a record low, according to CNBC. 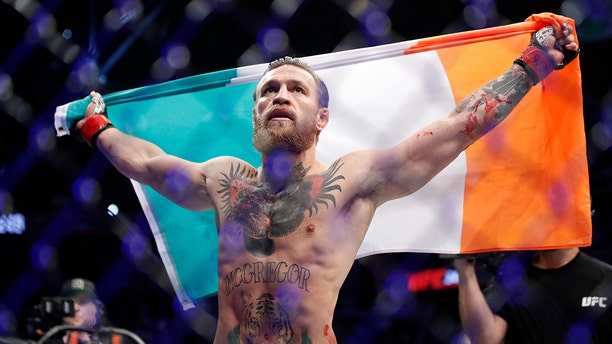 McGregor defeated Donald Cerrone in just 40 seconds at UFC 246 on Saturday night. It was His return to the octagon was marked with his first victory in mixed martial arts since 2016.