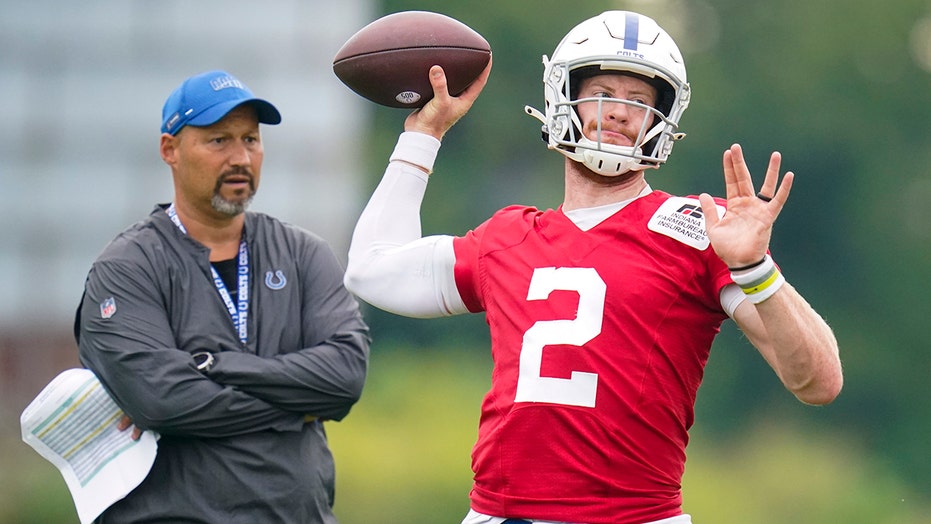 "The next couple days were a discussion over whether we can leave it (the bone fragment) in there. We can leave it in there, try to manage it, see how it holds up over the year," Reich said. "We wanted what was the more predictable outcome. It was like what's the most predictable outcome? Let's get the piece out of there and begin the rehab process."

What doctors found, Reich said, was an old high school injury that Wentz was likely unaware of. They told the Colts that Wentz could play through the pain but Indy decided to play it safe.

Indy's season opener, Sept. 12 against Seattle, is almost six weeks out. A 12-week absence would keep Wentz out of seven games.

"I'm always optimistic," Reich said. "But just knowing Carson, I'm optimistic, knowing this is the type of injury you don't have to be pain-free to play with. I know Carson's level of toughness. I know he can play with pain."

For Wentz, it's yet another addition to an already long injury list.

He had surgery on a broken bone at the base of his right thumb in 2015; a hairline rib fracture in August 2016; a fractured vertebrae in his back during the 2018 season; and a concussion in January 2020. His best season, 2017, was derailed by a torn anterior cruciate ligament in his left knee.

And now after getting a fresh start with the Colts, Wentz suddenly finds himself sidelined again.

For now, Jacob Eason will continue taking snaps with Indy's starters. Eason was a fourth-round draft pick in 2020 out of Washington and has not yet appeared in an NFL game — regular season or preseason. His results through Indy's first five practices have been mixed.

The Colts also signed veteran Brett Hundley on Saturday. Hundley has played in 18 games and started nine. Neither of the other quarterbacks on the Colts roster, Sam Ehlinger and Jalen Morton, has played in an NFL game.

Wentz's prognosis overshadowed what was expected to be the day's biggest story — Reich's return. He missed all four practices last week after testing positive for COVID-19 despite being fully vaccinated.

"I feel great, I felt great the whole time," he said. "I'm excited to get back."

But Reich's team is nowhere near full strength.

Starting center Ryan Kelly has missed the last three practices with a hyperextended left elbow and three-time All-Pro guard Quenton Nelson needed treatment after being stepped on Monday. Nelson did return to practice.

And offensive lineman Julien Davenport, defensive end Al-Quadin Muhammad and cornerback Xavier Rhodes all remain on the reserve/COVID-19 list. Cornerback T.J. Carrie was activated from the COVID-19 list Monday — and, of course, Reich was back, too.

The biggest question Indy faces is whether its backups can play well enough without Wentz to keep the Colts in position to make a deep playoff run.

"We're confident in the quarterback room we have," Reich said. "I love Jacob Eason and these reps are invaluable. He has to prepare like he's starting Week 1."