Colin Kaepernick has not thrown a pass in the NFL since the 2016 season and, nearly three years after appearing against the Seattle Seahawks in the final week of the season, his standing in the league and teams’ interest in the quarterback doesn’t appear to have changed even despite his workout Saturday.

Kaepernick, who started a firestorm in the NFL when he decided to kneel during the national anthem to draw awareness to perceived racial and social injustices in the U.S., threw passes for about 40 minutes at an Atlanta high school. While an NFL executive told ESPN his arm talent was “elite” and that he “threw the ball well,” Kaepernick left the field without a team and still out of the NFL.

Kaepernick’s showcase may have been marred by the controversy surrounding the workout in the hours and minutes leading up to it. 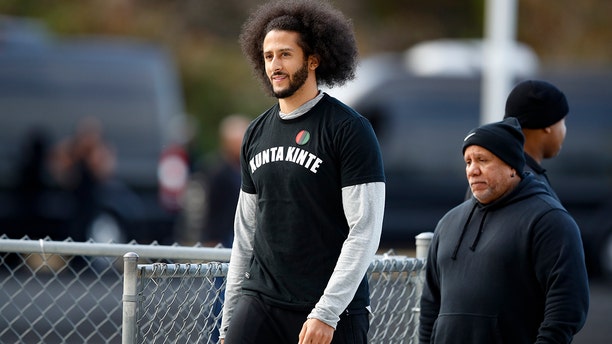 The former San Francisco 49ers quarterback switched his workout location at the last minute to a high school from the Atlanta Falcons’ training facility. From the 25 teams that were apparently scheduled to be at the training facility for the workout, about six teams were able to make it to the new location. Additionally, Kaepernick reps Ben Meiselas and Jeff Nalley said the change in location was to facilitate “a transparent and open process.” 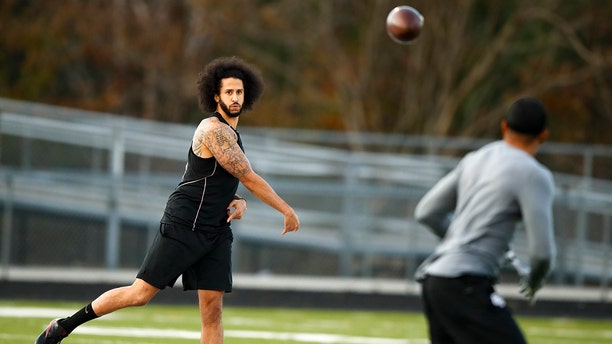 The NFL responded Saturday, saying it was “disappointed that Colin did not appear for his workout,” and added that the league was informed at the same time the general public was.

The league went on to claim that it had sent Kaepernick's reps “a standard liability waiver based on the waiver used by National Invitational Camp at all NFL Combines and by NFL clubs when trying out free agent players” on Wednesday, only for the quarterback's team to send "a completely rewritten and insufficient waiver” at noon Saturday.

Eric Reid, who is a close friend of Kaepernick’s and one of the first people who knelt during the national anthem to support the quarterback, got into a war of words with ESPN personality Stephen A. Smith over the legitimacy of the workout and whether Kaepernick really wants back in the league.

Jay Z, who reportedly persuaded Roger Goodell to have the tryout, was apparently upset over how the workout went. A source told Page Six that the rap star-turned-business mogul was “disappointed.”

“Jay-Z feels disappointed with Colin’s actions, and believes he turned a legitimate workout into a publicity stunt,” the source told Page Six.

But whether it’s teams passing on so-called “elite arm talent” or the workout was how supporters put it “illegitimate” one thing was clear as Week 11 in the NFL comes to an end Monday night – teams’ interest in Kaepernick doesn’t appear to have changed that much.

An anonymous NFC West executive told Bleacher Report that there were two teams interested in signing Kaepernick and that the quarterback could be signed by the end of the month. Those two teams were not named and it’s unclear how much interest there actually is. 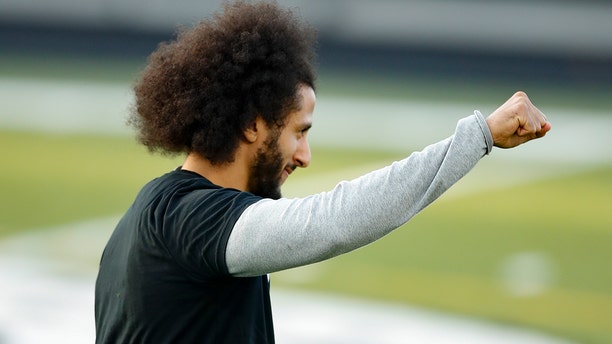 The Chicago Bears have played Chase Daniel over Mitchell Trubisky, the Cincinnati Bengals went with Ryan Finley over Andy Dalton, the Detroit Lions have gone with Jeff Driskel over Matthew Stafford and the New York Giants have played Daniel Jones over Eli Manning for the majority of the season.

Reid said Sunday that the Panthers could use him along with the 31 other teams in the NFL.

As of Monday morning, Kaepernick is still a free agent. After his workout, he made sure his message to prospective teams and Roger Goodell was made loud and clear.