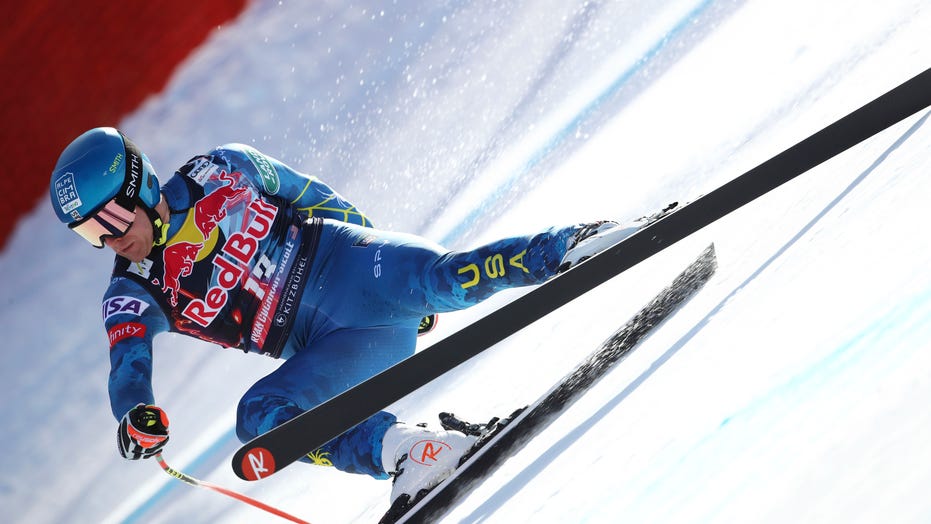 Two days after fracturing his neck in a downhill crash on the Streif course in Kitzbühel, Ryan Cochran-Siegle said Sunday he is aiming to return to ski racing before the end of the World Cup season in March.

However, the American skier was doubtful about competing in next month’s world championships in Italy, where the super-G is scheduled for Feb. 9, followed by the downhill five days later.

"I don’t know, we haven’t talked about a timeline yet," said Cochran-Siegle, wearing a neck brace while attending Sunday's downhill on the same course.

"I do hope to be back before the end of the season. But I need to be smart about this."

Cochran-Siegle, who was having a breakthrough season and won his first World Cup race at a super-G in December, planned to travel back to the United States for further medical examinations this week.

"Everything that I’ve seen so far and from what I’ve heard from the doctors is that it’s stable. There is still more information to be gathered but, all in all, I think it’s OK," Cochran-Siegle said.

"Most of my body is fine, it’s just my neck," said the American, adding he was "really not in pain" but had "just a slight discomfort" in his neck.

Cochran-Siegle sustained the minor neck fracture in a high-speed crash on the Streif, one of the most dangerous courses on the circuit.

He lost balance when he leaned back while landing a jump, slid off course and cut his way through the first row of safety nets. He was taken to hospital by helicopter.

"Lucky to walk away with nothing more than a minor broken neck. Already hoping for my third attempt at conquering this beast of a course next year!" Cochran-Siegle captioned video footage of the crash on his Instagram page.

Friday’s race was marred by another bad crash. Urs Kryenbühl sustained a concussion, a broken right collar bone and torn ligaments in his right knee when the Swiss skier lost balance at the final jump and smashed into the icy slope.

The race was won by Beat Feuz, the 2017 world champion from Switzerland.