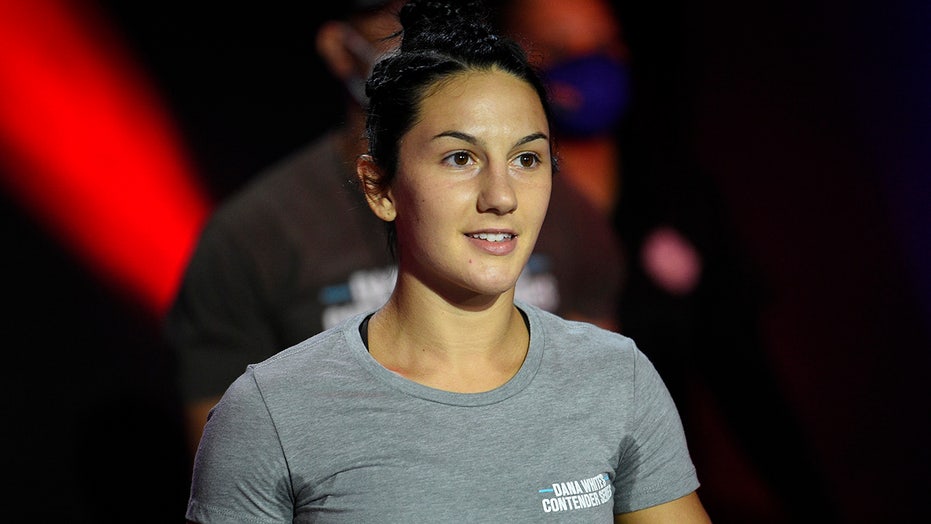 UFC fighter Cheyanne Buys alleged her opponent Montserrat Ruiz spit at her during their strawweight bout at UFC Vegas 22 on Saturday.

Ruiz won the fight via unanimous decision but it was the drama after the bout that caught everyone’s attention. Buys was heard on the ESPN broadcast yelling, "I’ll follow you home b---h," in which Ruiz responded with a middle finger.

It wasn’t clear what the issue was until Buys’ Instagram post afterward. According to MMA Fighting, there was speculation on social media that Ruiz spit at Buys.

Ruiz denied the spitting rumor after the fight, saying if "you spit on someone, that’s crossing the line."

Buys argued in an Instagram post that's what Ruiz did. She posted a video of their interaction after the fight. Ruiz appeared to lean over Buys after the fight was over but it was unclear if she spit at Buys.

"To all my friends and family I just want to say I am sorry for losing my cool after the fight. I have never in my life been spit on by a opponent that I gave nothing but respect too," Buys wrote in the caption.

"I will live to fight another day. Thank you guys for all support. I’ll be back."

It was Ruiz’s first win in a UFC octagon. She moved to 10-1 for her MMA career. Buys fell to 5-2. It was her first fight since appearing in Dana White’s Contender Series in August.