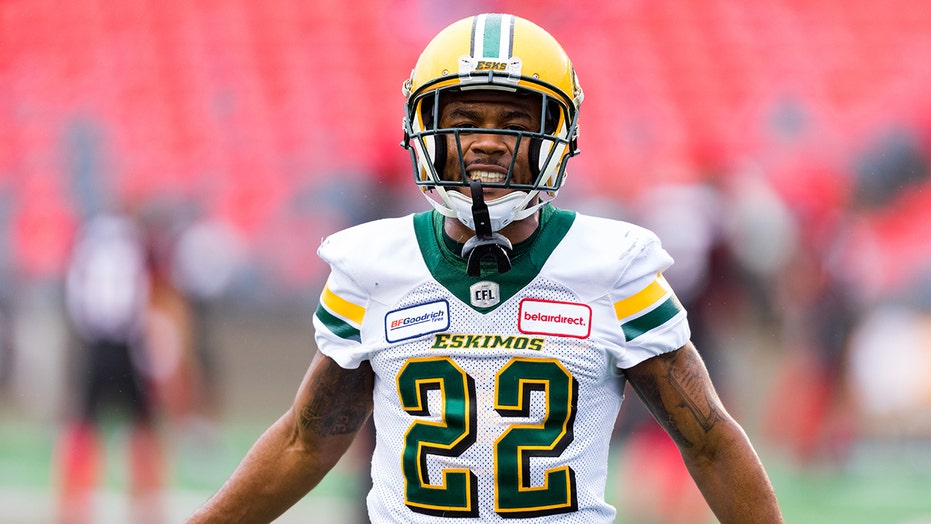 Canadian Football League player Christion Jones was released from his team Sunday, a day after he made anti-gay comments on social media.

Jones, who starred at Alabama before joining the Edmonton Eskimos, tweeted that a man should be with a woman and vice versa but made clear that was just his opinion.

“Ima keep it this real... Man ain’t supposed to be with a man. A women is not suppose to be with another women. THATS ME THO! Live life with safety,” he wrote in a since-deleted tweet.

According to TMZ Sports, Jones initially defended his tweet before he was released.

“They trying to get me fired now!!. A black man giving his opinion on Twitter is sickening for many," he wrote. “People understand that I don’t care about getting fired standing on what I stand on. An opinion is obligated.”

He added: “Won’t be changing how I feel any time soon. I love all tho. I respect those who respect me. And those who hate I still show love. STAND ON WHAT I SAID FOREVER.”

Following his release from the Eskimos, Jones issued an apology.

“My words were deeply hurtful, painful, and served zero purpose,” he wrote. “I added to the struggle of a community, to live a life free of oppression of any kind. I sincerely apologize. I was wrong.”

“We stand by the LGBTQ2+ community and firmly condemn the language used by Christion Jones,” the Eskimos said in a statement. “There is no place for such commentary on our team.”

The CFL also released a statement.

“Our league makes no claim on perfection but it does strive to be inclusive, to accept and indeed celebrate our differences, and to respect and honor human rights. There is no place in our league for commentary that disparages people on the basis of their religion, race, gender, or sexual orientation.”