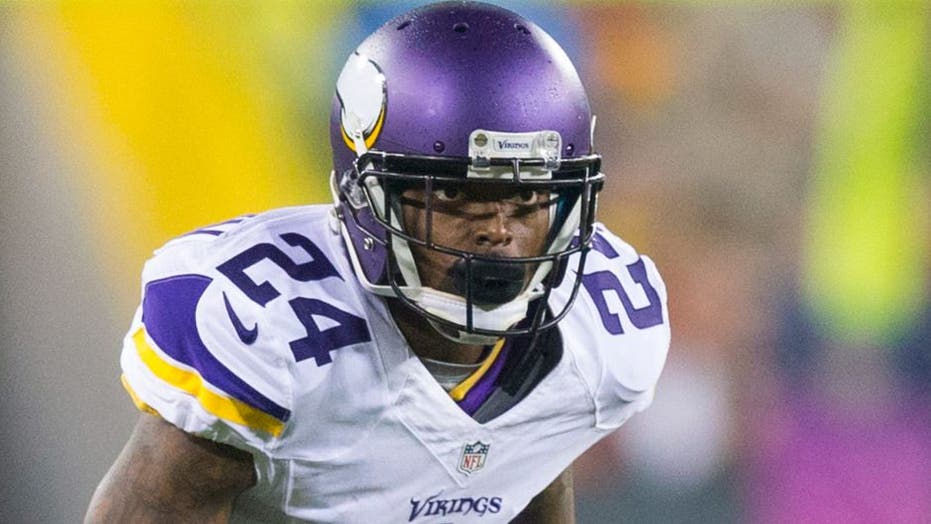 Captain Munnerlyn, a free-agent NFL defensive back who last played for the Carolina Panthers, was reportedly arrested on a fugitive warrant at Miami International Airport on Friday for allegedly writing bad checks.

Munnerlyn, 32, was about to board a flight to Mexico before he was arrested, according to Miami-based reporter Andy Slater. He is reportedly facing the charges in Las Vegas.

“This is a complete misunderstanding,” Rickey Patel, Munnerlyn’s attorney, told Slater. “And we will clear this situation immediately.”

Munnerlyn was a seventh-round draft pick of the Panthers in 2009. He didn’t become a full-time starter with the team until the 2011 season. He led the league with two interceptions returned for a touchdown during the 2013 season.

His first stint with the Panthers would come to an end after the 2013 season. He would sign with the Minnesota Vikings and play three seasons with the team. He rejoined the Panthers for the 2017 and 2018 seasons but hasn’t played in the NFL since then.

He signed with the Buffalo Bills prior to the start of the 2019 season but was cut right before Week 1.

Over the course of his career, he’s recorded 12 interceptions, 10.5 sacks, and five touchdowns. He’s never made a Pro Bowl or an All-Pro team.