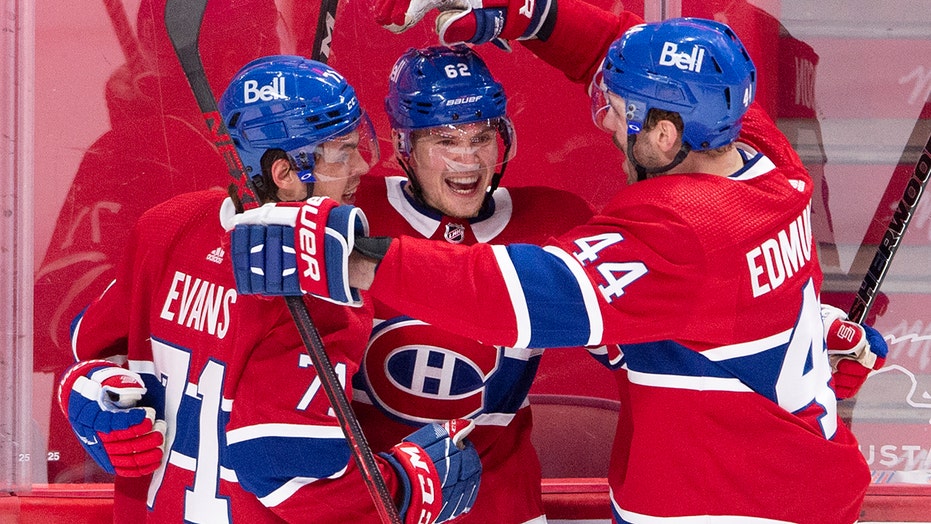 Connor McDavid scored 2:42 into overtime for his league-leading 102nd point of the season and the Edmonton Oilers beat Montreal 4-3 in overtime Monday night as the Canadiens clinched the last playoff spot in the North Division.

Dominik Kahu, Ryan Nugent-Hopkins and James Neal also scored for the Oilers, who won their sixth straight on the road. Leon Draisaitl had two assists and Mikko Koskinen had 25 saves.

McDavid, who also had an assist, now has a league-leading 102 points on the season. With two Montreal players caught deep in the offensive zone in overtime, Draisaitl found an in-flight McDavid on the opposite wing.

"If it’s kind of a quick turnover like that was and you’ve got a couple guys trapped, he’s obviously thinking what I’m thinking," McDavid said.

Jake Evans, Paul Byron and Artturi Lehkonen scored for the Canadiens, who lost their fourth straight (0-3-1). Montreal, which has one game left, moved nine points ahead of fifth-place Calgary, which has four remaining. Jake Allen finished with 31 saves.

"Tonight was an enormous game," Byron said. "We knew what was at stake."

The Oilers and Canadiens finish their season series Wednesday at Montreal.

McDavid, who reached the 100-point mark on Saturday, had an assist on Kahun’s goal. McDavid blew past Tomas Tatar before finding Kahun at the side of the net for the tap-in to put Edmonton up 3-2 at 9:26 of the second period.

Lehkonen beat Koskinen early in the third period but the goal was waived off after a review determined the Canadiens were offside. The Montreal forward made no mistake at 13:04 when he wired it in from a tight angle to tie the score.

"We had a tall task tonight," Byron said. "It was great to see everybody just pushing so hard in the third period to try to get (the equalizer). It was a great team effort."

Lehkonen and Evans had two assists piece on the new third line, which was also tasked with trying to shut down McDavid’s line.

"We were pretty confident that we were going to clinch the spot either this game or the next game," Lehkonen said. "But now that we’ve done it, we’ve just got to keep building on toward the end of the season."

Evans opened the scoring with his first goal since Jan. 21, sniping a shot over Koskinen’s left shoulder at 9:32 of the first.

Nugent-Hopkins gave Edmonton the lead at 13:29. Kailer Yamamoto had his stick lifted on a 3-on-2 break but the puck slid to Nugent-Hopkins for his 15th goal of the season.

Byron pulled Montreal even at 5:56 of the second period. He roofed a backhand after Lehkonen’s pass slid through the goalmouth.