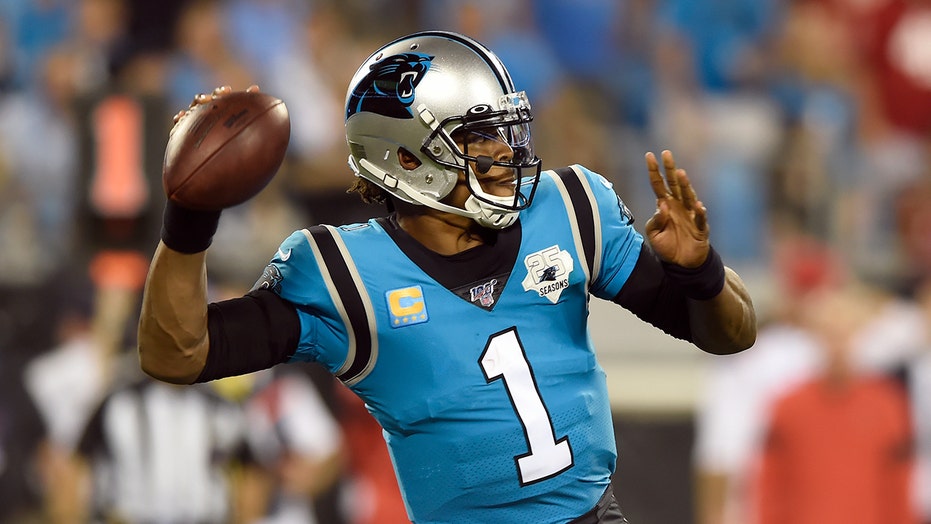 It depends who you ask but the New England Patriots are in the market for a quarterback and interestingly enough, there happens to be a Super Bowl MVP still waiting to be signed.

Head coach Bill Belichick has said that he’s confident with the capabilities of second-year quarterback Jarrett Stidham but, despite having three other backups, the Pats are still in need of a more seasoned signal caller.

BROWNS’ BAKER MAYFIELD WANTS PLAY ON FOOTBALL FIELD TO DO THE TALKING: ‘IT’S TIME TO JUST GO DO IT”

Former Patriot Rodney Harrison said on NBC Sports’ "The Rich Eisen Show” Wednesday that Cam Newton could be just what Belichick needed in a post-Brady era.

Harrison continued that Newton would have to come in “at a reduced salary” considering the Patriots limited salary cap space.

ODELL BECKHAM JR. HAS THE MOST SKEWED ‘PUBLIC PERCEPTION’ IN THE LEAGUE, NFL INSIDER SAYS

Newton became the face of the Carolina Panthers when the team drafted him No. 1 overall back in 2011. He then led Carolina to three straight NFC South titles, from 2013-15, and a Super Bowl appearance during the 2015 season.

Newton missed 16 regular-season games over the last two years due to a foot injury that required a procedure. He also underwent multiple shoulder surgeries in his career.

Harrison pointed to the current situation created by the global pandemic as a major factor limiting Newton from being signed.

“... nobody knows what's going on with Cam as far as, can you depend on him with his health ... and at this point in time you can't invest a lot of money because he's been so beat up," he said.

"I think the best thing for him to do is go into a situation, maybe go become a backup quarterback, learn, get healthy, and then if he gets his opportunity, go out there and shine. But I don't think he's going to be a starting quarterback this year in the National Football League."