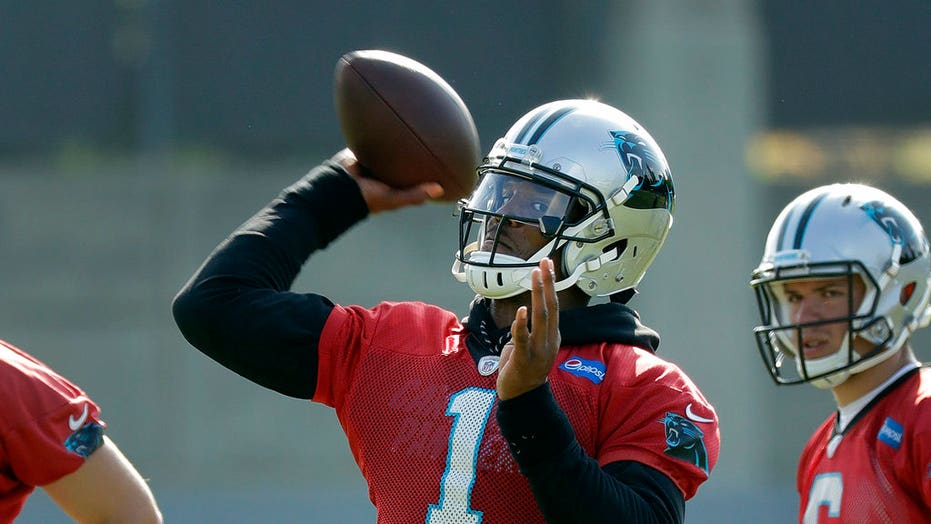 Cam Newton reiterated Monday he wanted to stay in North Carolina as he thanked Panthers fans in a video amid news he signed a one-year deal with the New England Patriots.

Newton agreed to a deal with the Patriots, according to multiple reports. The NFL Network reported that while the base salary is the veteran’s minimum, or just over $1 million, he could earn up to $7 million in incentives.

“I’m angry … I feel let down but at the same time, hey, I’m not bitter,” he said in a video posted to YouTube. “I know since the day that I first came into this league that this day was going to come.

“I'll say this right now: I never once wanted to leave Carolina. Don't let them make you believe anything else. It was their decision, I stuck with it, and I knew that, so I asked for a trade. Everything else? That's BS.”

Newton first revealed his desire to stay with the Panthers in November, months after he was declared out for the season.

“Charlotte is home. Charlotte is a place I know people know me. They're not just assuming. They know how I am. They know my energy. They know what I like and what I don't like. For me to have that type of presence, it just reminds me that ... it's right,” he said at the time, according to ESPN.

A new regime for the Panthers moved in and the future plans didn’t include Newton.

Newton, the No. 1 overall pick in the 2011 NFL Draft, led the Panthers to three straight NFC South titles from 2013-15, and a Super Bowl appearance during the 2015 season when he was awarded the league MVP. He also earned three Pro Bowls in nine seasons.

Newton should step into a starting role in New England as the successor to future Hall of Fame quarterback Tom Brady, who left for the Tampa Bay Buccaneers earlier in the offseason.

Newton, Brian Hoyer, and Jarrett Stidham are expected to be the quarterbacks on the roster when training camp begins.