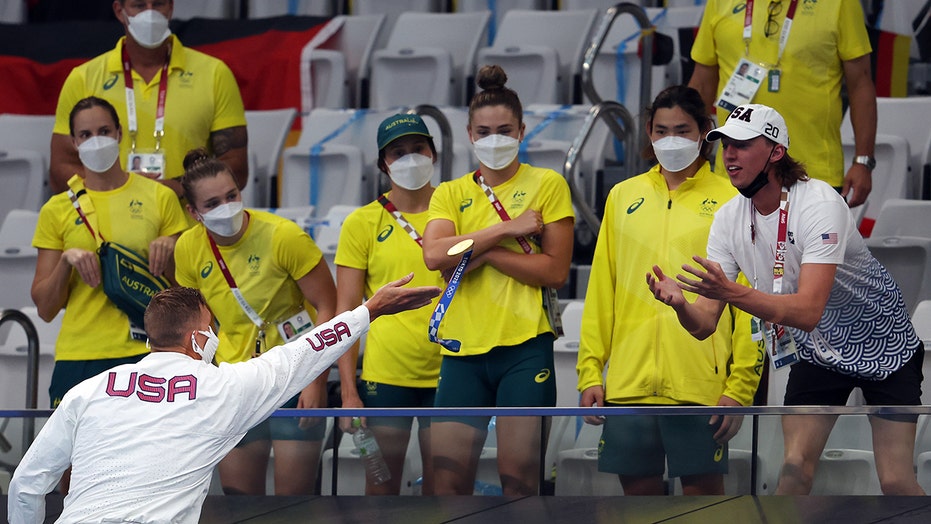 American swimmer Caeleb Dressel picked up a gold medal on Monday as part of the 4x100-meter freestyle relay team at the Tokyo Olympics.

Dressel took his gold medal and was seen throwing it to teammate Brooks Curry, who was in the stands at the Tokyo Aquatics Centre watching Team USA pick up the victory. Curry helped the U.S. get to the finals in the preliminary swims the night before.

Dressel said he thought Curry deserved the medal more than him.

"I had the easiest job last night out of everyone here, I got to watch it on TV,  so I felt like (Brooks) deserved that a little more than me," he said.

Yahoo Sports noted Dressel and Curry both get medals regardless. Everyone who swims in the preliminary races and the finals gets the medal from wherever the finals team finishes.

Dressel has been the top American swimmer in the fold since Michael Phelps retired. He said this gold took a team effort to win.

The U.S. won in 3:08.93, the third-fastest time in history. Italy won silver and Australia won bronze.