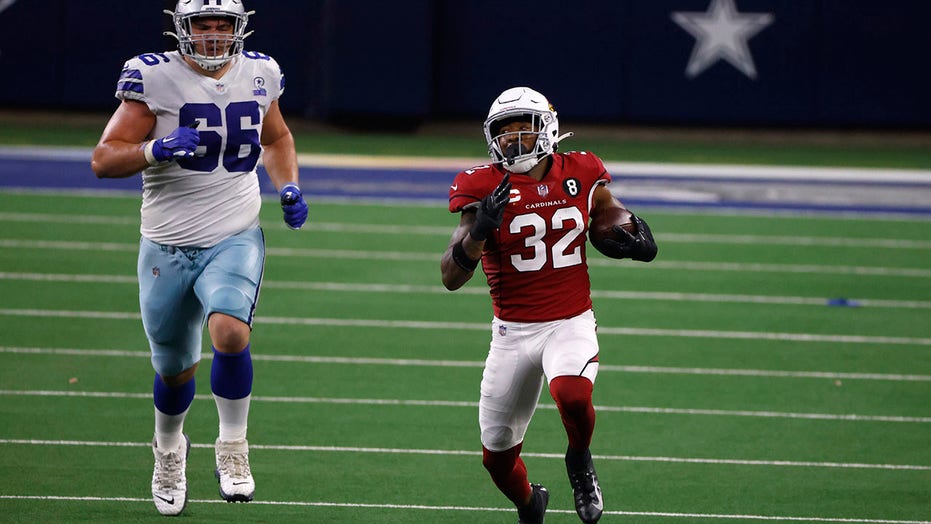 Budda Baker dominated on defense and Kyler Murray only needed to complete nine passes as the Arizona Cardinals blew the doors off the Dallas Cowboys on the road, 38-10.

Baker recorded his first career interception in 51 games. He picked off a pass from Andy Dalton, but that was only the tip of the iceberg for his incredible defensive performance.

He recorded seven tackles, a sack, a tackle for a loss, a pass defended, two QB hits and a forced fumble. It was a highlight game for a player who has been great since the Cardinals selected him in the second round of the 2017 NFL Draft.

On offense, Murray completed only nine passes on 24 attempts but two of the passes were touchdowns. Both touchdown passes were to Christian Kirk. He added 74 yards on the ground and a touchdown. Kenyan Drake had 164 rushing yards and two touchdowns.

Dalton and the offense sputtered early and it sucked any momentum they had. Dalton was 34-for-54 with 266 yards, a touchdown and two interceptions.

Ezekiel Elliott fumbled twice in the game early and only finished with 49 rushing yards.

Arizona moved to 4-2 on the season and are still among the leaders in the NFC West. The Cowboys, while now 4-2, are still in contention in the NFC East.