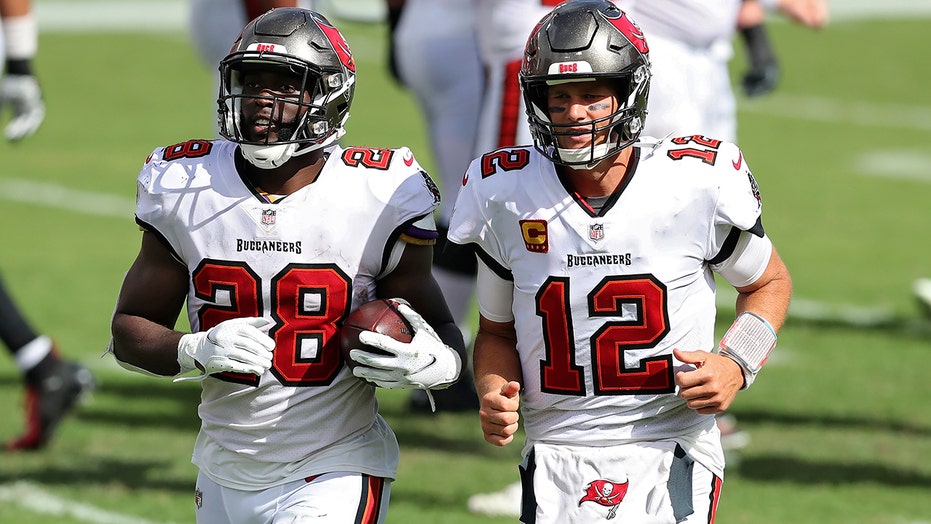 Call it intuition. Call it confidence. Call it whatever you want but Leonard Fournette knew he would make it to the Super Bowl.

The Tampa Bay Buccaneers running back shared a tweet over the weekend that he first sent out in 2014 when the Seattle Seahawks took on the Denver Broncos in Super Bowl XLVIII.

"This tweet from my senior year in high school nothing but Gods plan," he said in a retweet of the message which read "Can't wait til I play in that Super Bowl."

But Fournette’s journey to Super Bowl LV has had as many highs as it has had lows.

Drafted No. 4 overall by the Jaguars in 2017, Fournette had a breakout year, totaling 1,040 rushing yards and nine touchdowns in nine 13 games played in a season where he would help Jacksonville reach the AFC Championship.

But his sophomore year saw a serious drop in performance -- he would total just 439 rushing yards and five touchdowns in nine games. Fournette was able to top 1,000 rushing yards again in 2019 but was cute before the start of 2020.

Bruce Arians added Fournette in the offseason but he knew the role wasn’t going to be what he was used to.

"It's very, very hard when you're a superstar and you're the focal point of the offense and you come to a [different] team and you're basically a role player for a while," Arians said recently. "It's a very hard role to accept. I just told him, 'This team is special and you're a huge part of it. Embrace your role – you never know when your role is going to change.' Then, Ro got hurt. He got COVID and then he got hurt. I'm really, really proud of Leonard and the way he's handled it."

But Fournette wouldn’t have it any other way.

"It feels good just to be a Buc," he said after the NFC title game. "[Brady] is a great one. I just thank God every day. I was crying for like 30 minutes – I was on the phone with my mom and my dad just [talking] about my journey. I think it's a wonderful story how it's playing out."

Fournette’s story will play out on Sunday when he takes on the defending Super Bowl champs.