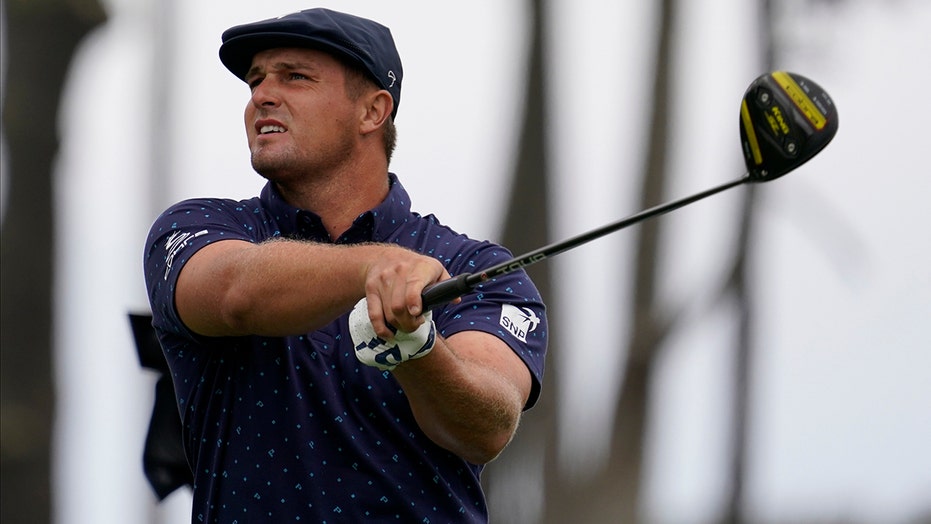 Bryson DeChambeau is known for smacking the ball a long way off the tee with his driver and on Thursday he may have gripped the club a bit too hard.

On the seventh hole, DeChambeau broke his driver into two pieces. The tee shot was one of the most unusual highlights of the day at the PGA Championship.

“The ball did not react proper. I hit it out to the right, felt like I drew it and the ball went to the right and spun up like crazy. I'm like, that's not normal,” he told reporters after the round, according to GOLF Channel. “I just went over to pick up my tee, leaned on it a little, and the thing just, see ya later.”

DeChambeau had been using the same shaft for more than a year. He was able to replace the shaft because it broke “during the normal course of play,” according to GOLF Channel.

PGA CHAMPIONSHIP: WHO HAS THE MOST WINS?

“Being able to switch it out and put a new one right back in play in a major championship and stripe one on 9, that's pretty impressive,” he said.

He still managed to drive the ball 340 yards.

Bryson DeChambeau holds his broken driver on the seventh hole during the first round of the PGA Championship golf tournament at TPC Harding Park Thursday, Aug. 6, 2020, in San Francisco. (AP Photo/Jeff Chiu)

He finished the first round 2-under par and tied for 20th place.