Brock Osweiler might not be healthy enough to play vs. Pittsburgh 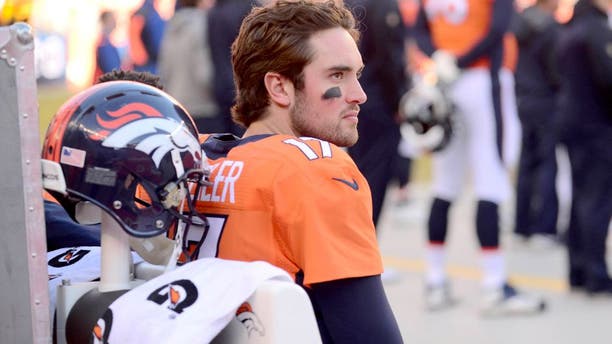 Brock Osweiler's playoff fortunes have gone from great to bad to even worse.

Peyton Manning seized his starting gig back from the Denver Broncos' reserve after two quarters. And now, Osweiler's injured knee might prevent him from any sort of playoff appearance.

Head coach Gary Kubiak told reporters he expects Osweiler to be one of his three active passers against the Pittsburgh Steelers. But the lanky fourth-year pro spent his entire practice session off to the side with trainers.