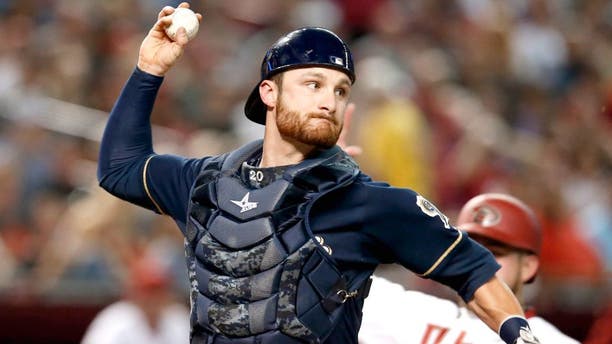 The Milwaukee Brewers insist they have no immediate plans to trade catcher Jonathan Lucroy.

Brewers general manager David Stearns told the Milwaukee Journal-Sentinel on Tuesday that there are "no budding trades in the works" for Lucroy.

Speculation surrounding the prospect of Lucroy being traded as the Brewers engage in a rebuilding project have been present all offseason.

Shortly after that report, Lucroy hinted that he wanted to be traded to a contending team in an interview with the Journal-Sentinel.

While Stearns has assured that the Brewers don't have any potential deals lined up for Lucroy at the moment, Lucroy will continue to be a target of trade speculation, particularly if he remains with the team up to the non-waiver trade deadline in the summer.