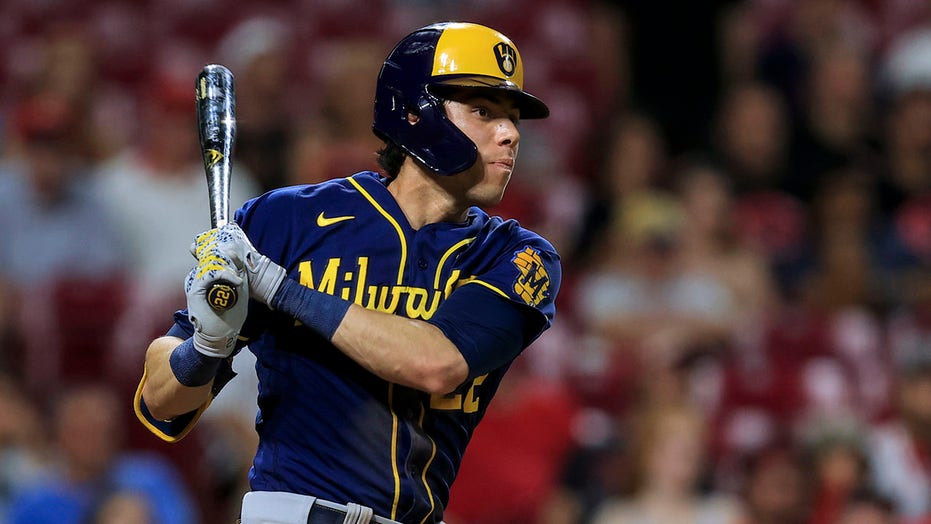 Christian Yelich was placed on the COVID-19 injured list on Tuesday after he tested positive for coronavirus, according to Milwaukee Brewers president of baseball operations David Stearns.

Yelich, who received the COVID-19 vaccine at the start of the season, is reportedly dealing with mild symptoms. He is expected to miss at least 10 days from the date of his positive test, according to Stearns.

"Clearly disappointing news for Christian," Stearns said via FOX6. "The most important thing is for him to feel better. He has mild symptoms. I talked to him this morning. He’s in good spirits. He’s resting and it’s certainly our hope that he can knock this out quickly and feel better quickly."

The Brewers were originally expected to fly to Pittsburgh on Monday night to take on the Pirates, but they didn’t leave until a day later because they were awaiting test results from other players.

"Unfortunately we keep getting reminders that we’re past the worst of it, but it's going to pop up a little bit here," Brewers manager Craig Counsell said.

Yelich, who was the 2018 National League MVP, only played in one game between mid-April and mid-May because he was dealing with a lower back strain. In 67 games this season, Yelich is batting .235 with six home runs, 28 RBIs, and a .367 slugging percentage.

"I don’t think this has been his favorite year in totality," Stearns said. "He has dealt with a lot. When I talked to him this morning, he wasn’t feeling great, but he was in good spirits. It’s just another challenge that he’s going to overcome. He’ll get through this. He’ll be back with the team. And we’re certainly going to look forward to getting him back."