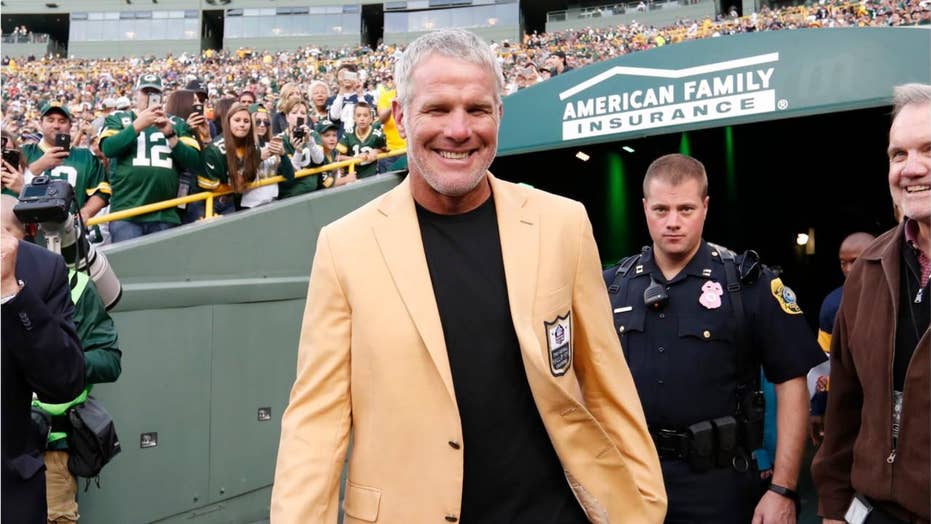 NFL legend Brett Favre offered some advice to Buffalo Bills quarterback Josh Allen after the second-year passer took a helmet-to-helmet hit Sunday against the New England Patriots and was knocked out of the game. Allen received the hit from Patriots safety Jonathan Jones in the fourth quarter while Allen was scrambling with the football.

Favre told The Athletic on Wednesday that Allen needs to do more to protect himself.

“From a coach’s standpoint, they’re going to have to demand that he not play as reckless as he has,” Favre told The Athletic. “What I would tell him, from a physical standpoint is, ‘Hey, Josh. I get it. I see you diving and running over people. I was that guy, too. But listen, man. Take it from a guy who’s played a long time and learned maybe later than I should’ve, there’s a time and place when you try for extra yards. That wasn’t it. You’ve got to be smarter.’”

Favre added: “Now, he’ll say, ‘You’re right, Brett. I know.’ But it may take a few more hits before he goes, ‘You know, Brett really is right.’”

Allen did take a rather brutal hit from Jones on the play.

But a second angle from the play showed Allen running with his helmet down while Jones tried to hit the quarterback with his shoulder. Jones was not ejected after the play.

Allen’s status for the Bills’ Week 5 game against the Tennessee Titans is unclear. As of Wednesday, he was still in concussion protocol.

The team has said they were preparing as if Matt Barkley was going to start the game.