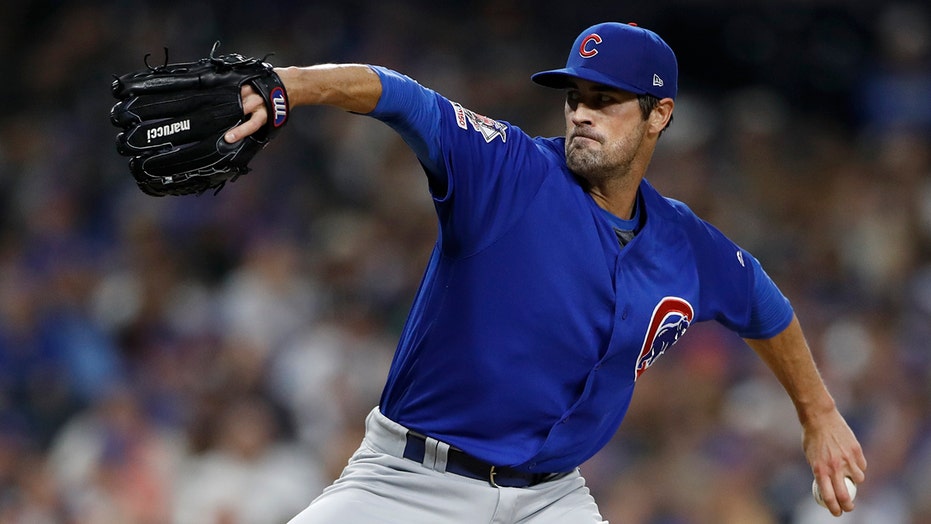 Atlanta Braves left-hander Cole Hamels won't be ready for the start of the season after hurting his pitching shoulder during an offseason workout.

General manager Alex Anthopoulos says Hamels will be shut down for at least three weeks. Anthopoulos said Wednesday the 36-year-old Hamels hurt his shoulder while throwing a weighted ball in an attempt to build strength for spring training.

Hamels signed an $18 million, one-year deal with Atlanta on Dec. 4 to add experience to a young rotation that also includes Mike Soroka, Max Fried and Mike Foltynewicz. Hamels was not present when pitchers and catchers reported to the team's new spring facility for Thursday's first workout.

Anthopoulos says Hamels will be evaluated in three weeks. Hamels would miss the start of the season even if he is cleared to begin a throwing program in three weeks.

“He said he overdid it,” said Anthopoulos of Hamels. “He was doing weighted ball drills and was apologetic.”

Hamels was 7-7 with a 3.81 ERA in 27 starts with the Cubs last season. He was 6-3 with a 2.98 ERA in the first half before suffering an oblique injury. He said last month he rushed his return, failing to build sufficient strength in the shoulder before making his return to post a 5.79 ERA in the second half.