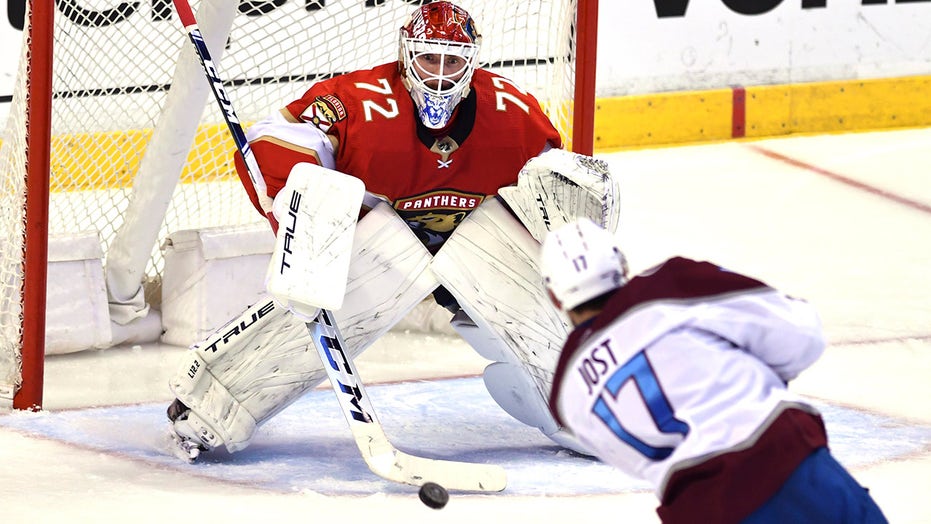 Sam Bennett scored the go-ahead goal and Sergei Bobrovsky earned his 300th NHL win as the Florida Panthers remained undefeated with a 4-1 win over the Colorado Avalanche on Thursday night.

The 4-0-0 start is the best in Panthers history. They had seven points in the standings through the first four games on three other occasions: 1996-97, 1999-2000 and last season. Florida made the playoffs in each of those seasons.

Anton Lundell had a goal and an assist, and Carter Verhaeghe and Sam Reinhart also scored for the Panthers. Mason Marchment added two assists.

Bennett’s power-play goal put the Panthers ahead 2-1. Bennett’s shot from the high slot got past Johansson, who was screened on the play, at 9:04 of the second period.

Verhaeghe stretched the lead to 3-1 when he backhanded a loose puck from the high slot into the net with 46.1 seconds left in the second.

Reinhart gave the Panthers a 1-0 lead at 14:32 of the first. Marchment passed the puck from behind the net to Reinhart in front and he poked it past Johansson. Reinhart, acquired from Buffalo in July, got his first goal as a member of the Panthers.

Rantanen tied the score at 1 when he swept in a loose puck from in front with 53.9 seconds left in the first.

NOTES: Panthers forward Anthony Duclair played in his 400th NHL game. ... This road trip marks Colorado’s first games in the Eastern time zone since March 2020, and Thursday’s game was the team’s first at Florida in two years and three days. The Avalanche last visited the Panthers on Oct. 18, 2019. ... Avalanche captain Gabriel Landeskog returned after serving a two-game suspension for an infraction in the season opener. … C Nathan MacKinnon, a finalist for the Hart Trophy and Colorado's leading scorer last season, returned after missing two games due to COVID-19 protocols. ... Florida has a winning record after four games for the 11th time in the franchise’s 28 seasons. ... Friday marks the 43rd anniversary of Panthers coach Joel Quenneville’s first NHL game; he played in New York for Toronto against the Rangers on Oct. 22, 1978.

Panthers: At the Philadelphia Flyers on Saturday.