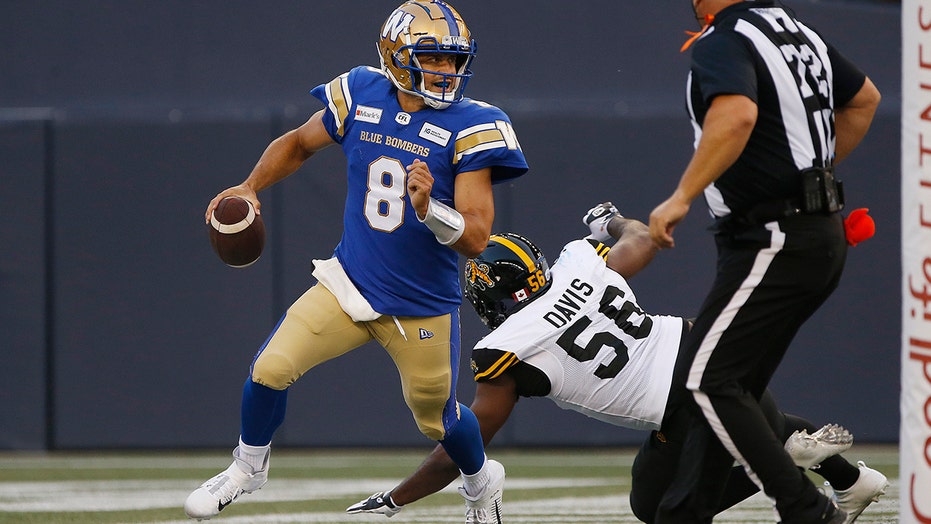 Zach Collaros threw two touchdown passes to Kenny Lawler and the Winnipeg Blue Bombers beat the Hamilton Tiger-Cats 19-16 on Thursday night in the first Canadian Football League game since the teams met in the 2019 Grey Cup.

A fully vaccinated crowd of 29,376 attended the game at IG Field, the largest crowd at a sporting event in Canada since the COVID-19 pandemic that wiped out last season.

Collaros led the Blue Bombers over the Tiger-Cats again, 620 days after Winnipeg beat Hamilton 33-12 in Calgary in November 2019 for its first title since 1990.

Collaros completed 18 of 28 passes for 217 yards without an interception. He threw a 25-yard touchdown pass to Lawler to give Winnipeg a 7-6 lead late in the first quarter and they teamed again on a 28-yarder to make it 14-6 late in the second.

Winnipeg native Brady Oliveira ran for 126 yards on 22 carries with Blue Bombers star running back Andrew Harris out because of a calf injury.

On Friday night, British Columbia is at Saskatchewan. On Saturday night, Toronto is at Calgary, and Ottawa at Edmonton. Montreal has the opening week off in the season that has been cut from 18 to 14 games.