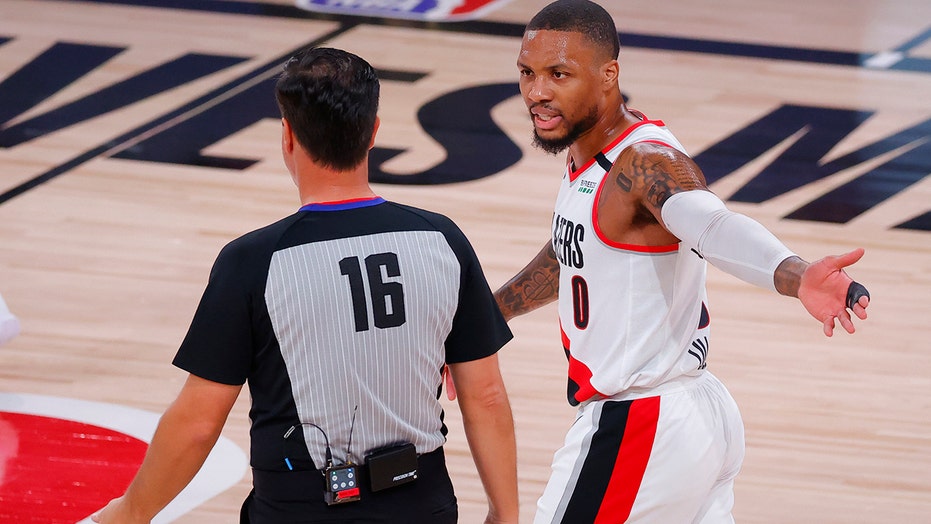 Portland guard Damian Lillard has a sprained right knee and will be sidelined Wednesday when the Trail Blazers play a win-or-else Western Conference first-round game against the Los Angeles Lakers.

The Blazers trail the best-of-seven series 3-1, and now will play without their leading scorer.

Lillard got hurt while driving to the basket and drawing a foul with 7:16 left in the third quarter of Monday’s game against the Lakers. The knee seemed to buckle as Lillard made an awkward landing and he was clearly limping as he made his way to the foul line.

During a time-out that was called about a minute later, Lillard briefly made his way into an area of the arena that isn’t visible from the court. He returned to the bench before the time-out was over and remained in the game for about another minute, before departing for good with 5:18 left in the third.

An MRI performed Monday night was inconclusive, prompting the Blazers to schedule the second one Tuesday — after which the sprain was diagnosed.

Lillard was the unanimous winner of the MVP award during the seeding games portion of the restarted season, the eight-game stretch that got the Blazers into the play-in round against the Memphis Grizzlies. He’s averaged 30.5 points per game inside the Disney bubble since the season restarted July 30, that average second in the league only behind Houston’s James Harden — who’s averaging 33 points per contest.

Lillard willed the Blazers into the postseason with one dazzling performance after another. Portland won their final three seeding games by a total of seven points; Lillard had 51, 61 and 42 points, respectively, in those games.

Lillard has been very durable during his eight NBA seasons, all of them coming with the Blazers. They’ve played 703 regular-season and playoff games since he was drafted; he’s appeared in 670 of them, or 95.3%, and started his career by playing in 286 consecutive Portland contests, including playoff matchups.