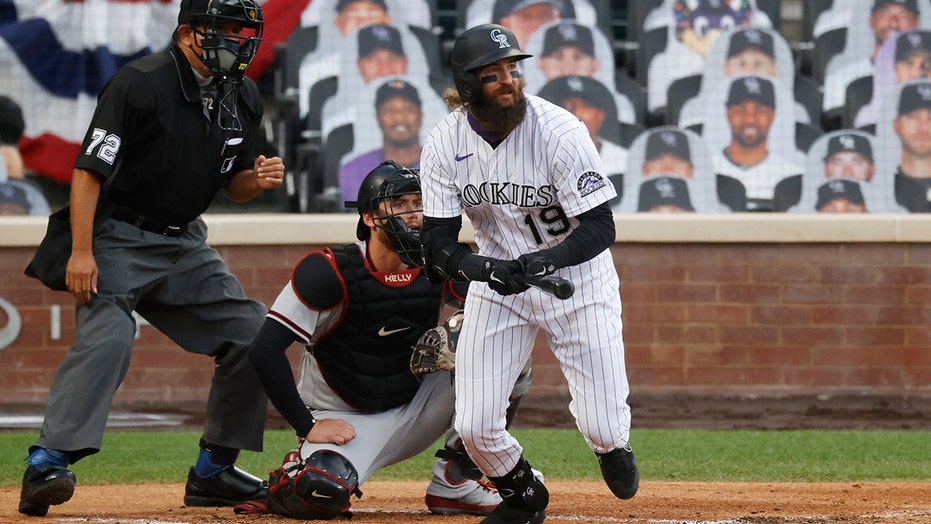 Charlie Blackmon raised his batting average to an amazing .500 with three more hits, including a key double during a six-run burst in the eighth inning that led the Colorado Rockies over the Arizona Diamondbacks 8-7 Tuesday night.

After starting out the year 0 for 9, Blackmon has hit in 15 straight games. He's 34 for 68 through 17 games in the coronavirus-shortened 60-game season.

“It’s special to watch. He’s in a great place right now mentally and physically," Trevor Story said of Blackmon. "He hits the ball so hard. He’s just driving it. It’s cool to see what he can do in the three spot.”

Blackmon doubled off Kevin Ginkel (0-1) during the Rockies' big inning that made it 8-2.

The Diamondbacks rallied for five runs in the ninth and had runners on first and third with two outs. Daniel Bard fanned pinch hitter Stephen Vogt to end it and earn his first save since 2011 while with the Boston Red Sox. It was his sixth career save overall.

Nolan Arenado hit a two-run homer and Raimel Tapia added three hits, including a two-run double in the eighth for Colorado.

Carlos Estevez (1-0) worked a scoreless eighth for the victory. Christian Walker and Carson Kelly each homered for the Diamondbacks.

Trailing 2-1, Arizona tied it when Kelly led off the seventh with his first home run of the season.

Colorado had gone in front 2-1 when Arenado followed Blackmon's second single of the night with a fourth-inning drive off Zac Gallen that soared into the stand of evergreens behind the center field fence. Walker, who hit 29 home runs as a rookie for the Diamondbacks last season, connected for his first of the season leading off the fourth inning to put Arizona up 1-0.

Blackmon has six straight multihit games, tying the longest such streak of his career. He has done it three times, most recently in 2017, the same season he won the NL batting title with a .331 average. ROSTER MOVE

The Diamondbacks traded INF Ildemaro Vargas to the Minnesota Twins in exchange for cash. Vargas had been designated for assignment by Arizona last Thursday. UP NEXT Arizona RHP Luke Weaver (0-3, 12.19 ERA) returns to the mound seeking his first win of the season. He'll face RHP Antonio Senzatela (3-0, 2.65 ERA), who will be looking to extend his season-opening winning streak to four.