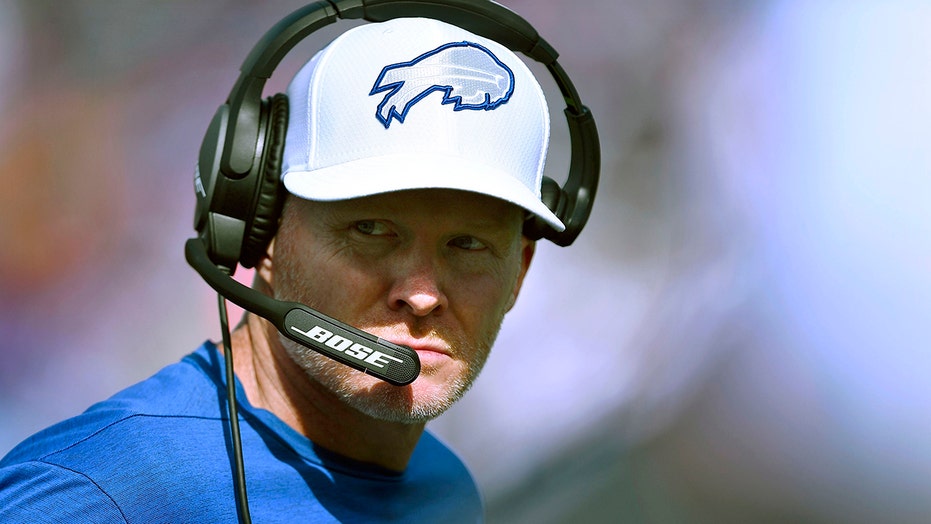 Buffalo Bills coach Sean McDermott has to navigate the rough waters of trying to get his team ready to play for the 2020 season during a pandemic while also dealing with the technological challenges.

McDermott told former Bills offensive lineman Eric Wood on his “What’s Next?” podcast Tuesday that he goes through a ton of virtual meetings with his team, including team meetings, position meetings, and meetings with the offense, defense, and special teams. McDermott said the meetings have posed some technological challenges, according to the Buffalo News.

“There’s always someone who’s got a screaming child in the background or they’re shuffling around and they left their talk button open,” McDermott told Wood. “It’s kind of like family dinner etiquette or proper table etiquette. It’s like proper Zoom etiquette."

“I had to learn it the first couple of Zooms I was on. But it’s interesting. There’s always that one or two guys that seem like they just landed on planet Earth and they’re new to this, after about 15 Zooms, albeit, and so they just continue to do the same stuff like nobody else can hear what they’re saying or the background noise at their house.”

McDermott is still taking in the positives of what the team has been able to do since their season ended.

“The minute that game was over, we went to work to try and improve and get ourselves ready to go for this upcoming season,” he said. “A lot of runway in front of us, a lot of work to be done. Encouraged to this point the work that our players are putting in in this virtual format, virtual setting. Yeah, it was not an easy ending to last season, because a lot of work went into that, but I’m encouraged by our progress.”

McDermott is entering his fourth season with the Bills. Buffalo was 10-6 last season, his best record with the franchise thus far.

The team is entering the 2020 season with a potential division title in sight. The AFC East is more wide open than it ever has been and the Bills could end up claiming its first title since 1995.