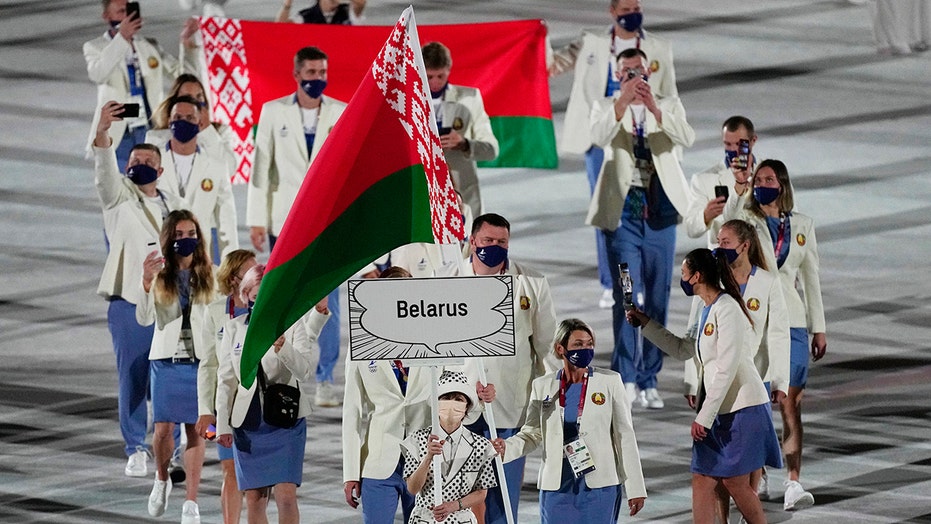 Belarus track sprinter Krystsina Tsimanouskaya says her Olympic team officials tried to remove her from Japan in a dispute that led to a standoff Sunday evening at Haneda Airport in Tokyo.

Tsimanouskaya says in a filmed message on social media she was "put under pressure" by team officials and asked the International Olympic Committee for help.

The Belarusian Sport Solidarity Foundation says the athlete did not board the flight and summoned Japanese police. Foreign ministry officials arrived later at the airport.

A spokesman for the activist group, Alexander Opeikin, says Tsimanouskaya is "being transported to a safe place now" and will be in contact with European diplomats.

Tsimanouskaya, who is due to run in the Olympic 200-meter heats Monday, criticized Belarus team officials on her Instagram account. She said she’d been put in the 4x400 relay despite never racing the event.

The IOC says in a statement it asked the Belarus national Olympic officials for clarification on the dispute.

The Belarus National Olympic Committee has been led for more than 25 years by authoritarian state president Alexander Lukashenko and his son, Viktor. The BNOC did not immediately respond to a request for comment.