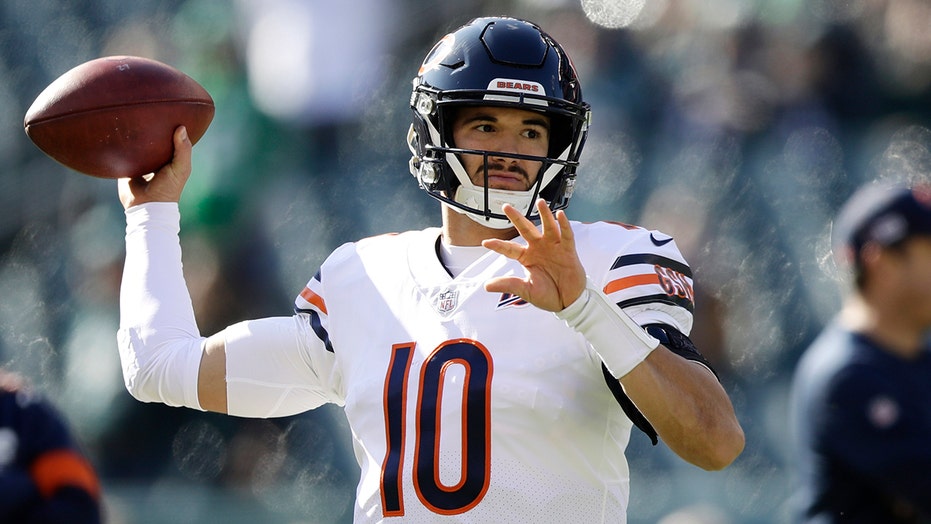 The Bears sit at an underwhelming 3-5 this season, a disappointing midseason mark after the team powered through opponents in 2018 en route to an NFC North Division championship. Trubisky, who has heard his share of criticism, said Wednesday he’s trying to get the TVs in Halas Hall, where the team practices and Bears decision-makers maintain offices, turned off to block out the naysayers.

“I've done pretty good with that,” he said, according to NFL.com. “Trying to get some of these TVs in the building turned off because you've got too many people talking on TV about us and what they think about us, what we should do, what we are and what we're not."

The third-year quarterback has missed some time this season. But even when he's on the field, his play hasn't been much better than mediocre.

In seven games, Trubisky has thrown for 1,217 yards, five touchdowns and three interceptions. Through seven games last season, he had 15 touchdown passes and about 600 more passing yards.

Chicago is preparing for a tough divisional matchup with the Detroit Lions on Sunday. The team is currently on a four-game losing streak, having dropped close games against the New Orleans Saints, Los Angeles Chargers and Philadelphia Eagles.