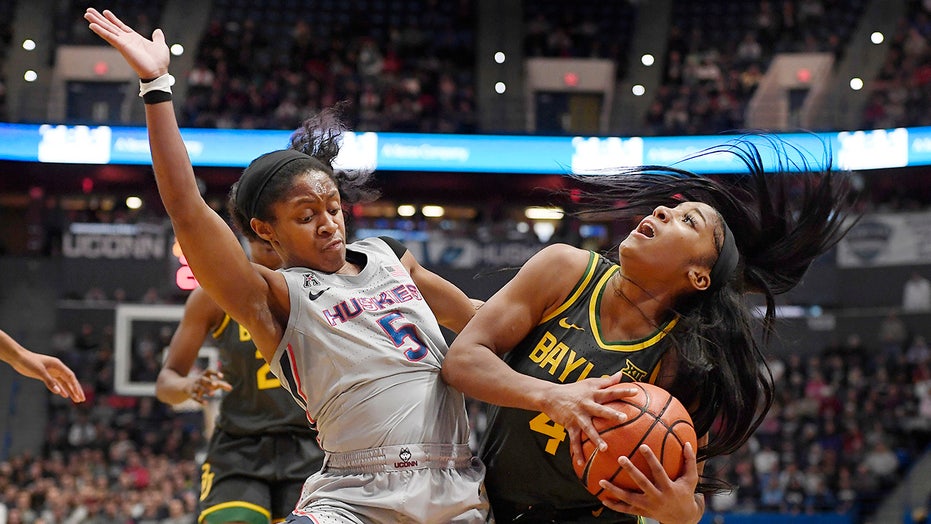 UConn fell one victory short of tying its own NCAA record of 99 in a row at home. The Huskies previous loss at home came in the Big East final against Notre Dame on March 12, 2013.

Baylor (12-1) led by three going into the fourth quarter and neither team could get much going on offense in the first few minutes of the final period. The Huskies cut the deficit to one on Christyn Williams' jumper with 6:36 left. Then the defending national champions took over.

The Lady Bears responded with the next 15 points to put the game away. The run started on a layup by Lauren Cox and two baskets by Nalyssa Smith. Smith finished with 20 points and 12 rebounds.

UConn (12-1) didn't score a basket after Williams' jumper until Crystal Dangerfield hit a 3-pointer in the final minute and the game decided.

This was UConn's first real test of the season. Since 2007, the Huskies (12-1) have played at least one team ranked in the top five before the New Year. This season the only ranked opponent before Thursday that UConn has faced was then-No. 16 DePaul.

While UConn hadn't been tested this season until this game, Baylor suffered its only loss of the season in the Paradise Jam Tournament over Thanksgiving to then-No. 5 South Carolina.

Baylor was up 33-25 late in the second quarter when UConn coach Geno Auriemma called a timeout. The Huskies responded by scoring the next nine points before Baylor hit the last basket before the half to take a 35-34 lead into the break.

The Lady Bears extended that lead to 55-52 after three quarters. The Huskies had a chance to make it a one-point game, but Walker missed a layup with a few seconds left. Auriemma slammed the scorers table with both hands in disgust after she missed it.

BUSY MONTH: UConn has three more games against ranked teams coming up over the next few weeks with No. 23 Tennessee coming to Connecticut on Jan. 23 in the first matchup of the former rivals since 2007. The Huskies then face No. 2 Oregon on Feb. 3 and fourth-ranked South Carolina on Feb. 10.

The Lady Bears also beat UConn last season when the Huskies were ranked No. 1. The two victories are Baylor's only wins over a No. 1 team. ... These two teams are 1-2 in victories since 2010-11, with UConn going 339-18 and Baylor 324-24. ... UConn will be ranked in the poll this upcoming Monday for the 500th consecutive week. ... A host of WNBA coaches and GMs were in attendance checking out Cox, Crystal Dangerfield, Cooper and Juicy Landrum.. ... Connecticut Gov. Ned Lamont sat behind the UConn bench. ... Caitlin Bickle played her first action for Baylor in over a month after she had surgery to repair a partial tear in her right meniscus. ... UConn's 99-game home winning streak ended against St. John's on Feb. 19, 2012.