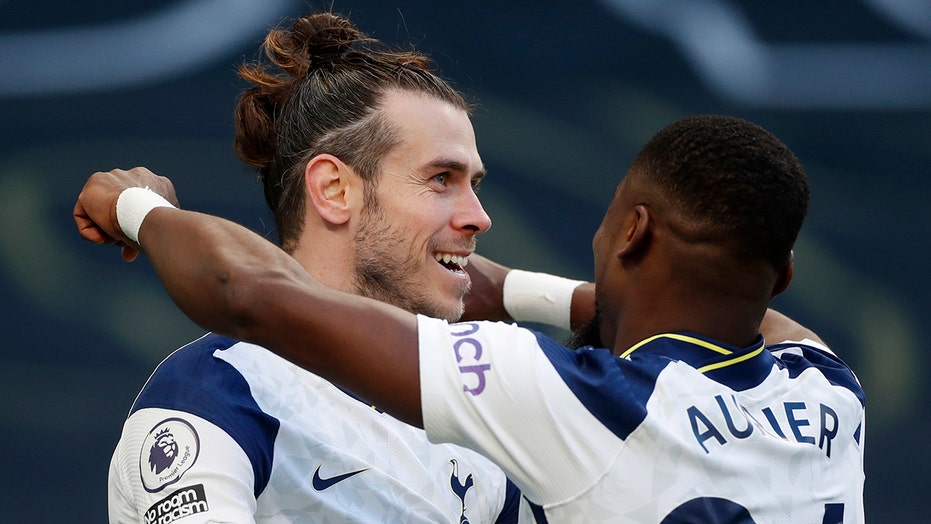 Gareth Bale turned back time for Tottenham, while Chelsea and Manchester United seemed happy just to play out time.

Bale looked like the star player who left Tottenham for Real Madrid in 2013 as he scored twice in the club’s 4-0 win over Burnley, prompting Spurs manager Jose Mourinho to pronounce him "better than ever" though still not suitable to start week-in, week-out.

While Bale found his form, Harvey Barnes had his good run cut short by a knee injury in Leicester's 3-1 loss to Arsenal. He is likely to need an operation and miss six weeks.

Chelsea kept its unbeaten record under manager Thomas Tuchel in a 0-0 draw with Man United as both teams appeared reluctant to risk losing one point in the hope of getting three.

Bale opened the scoring after 68 seconds and the Welsh forward added another early in the second half, both off assists from Son Heung-min. Back on loan from Spain, it was his first two-goal game since 2019.

"Now he is better than ever," Mourinho said. "It’s not just about the two goals he scored, it’s fundamentally about his physical performance." However, Mourinho warned that Bale would still have to rest for some upcoming games to manage his form and fitness.

Harry Kane and Lucas Moura also scored, and it could have been more if not for some good saves from Nick Pope when Burnley was already four goals down.

Chelsea's new identity under Tuchel is taking shape. There's intense, German-style pressing, but also a newfound compactness and solidity in the defense at Stamford Bridge, compared to former manager Frank Lampard's open but defensively vulnerable style. Against United's counterattacking specialists, both teams seemed risk-averse, even in the final minutes.

The upshot was a ninth game unbeaten in all competitions for Tuchel at Chelsea, seven of them without conceding a goal, but it also meant that Chelsea missed an opportunity to overtake West Ham for fourth in the table.

The draw also highlighted United's inability to mount an unlikely challenge to cross-city rival Manchester City for the title. City leads by 12 points from second-place United.

Arsenal returned to form and the top half of the table with a 3-1 win over Leicester, with Nicolas Pepe scoring one goal and winning a penalty when Wilfred Ndidi blocked his shot with an arm.

However, the game was overshadowed by an injury likely to keep Leicester's in-form midfielder Barnes out until April. He had scored six goals and assisted three more in his team's previous 10 league games. Manager Brendan Rodgers said Barnes will likely need an operation and will be on the sidelines for at least six weeks. It comes as Leicester is already without the injured James Maddison.

Fulham missed a chance for a win in a 0-0 draw with a Crystal Palace team which rarely presented any sort of attacking threat. The draw left Scott Parker's team unbeaten in five league games, with only one goal conceded during that time, but still 18th and three points adrift of safety.