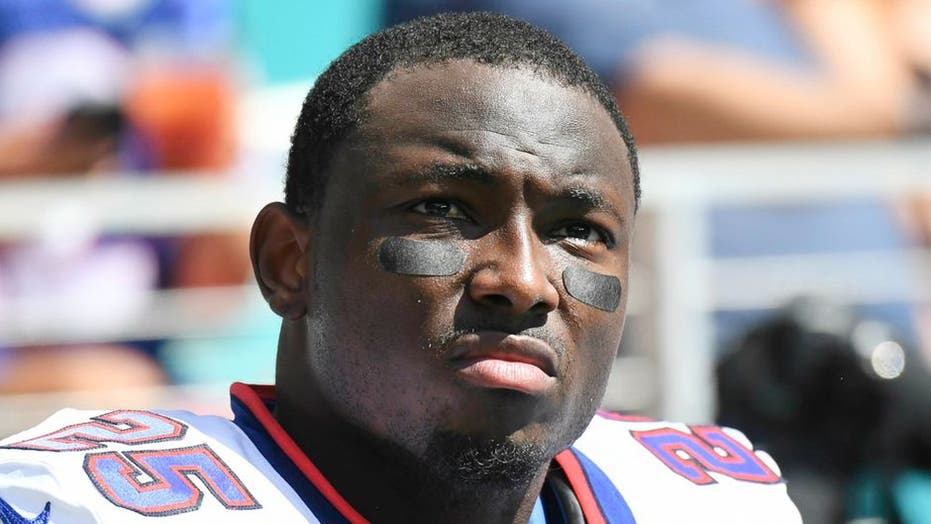 The NFL player was slammed by social media users after he divulged information from the highly-anticipated Marvel Studios movie on his Twitter on Friday despite directors Anthony and Joe Russo and the entire cast asking fans to not spoil the movie for others.

They even created the trending hashtag #DontSpoilTheEndgame.

McCoy disregarded the message and tweeted about his disappointment that Iron Man, played by Robert Downey Jr., died instead of Captain America, played by Chris Evans.

“The worst day ever .... me and lil shady are hurt .... they killed iron man [sad emoji] take Captain America instead,” McCoy tweeted, along with the second post that read, “RIP my dog TONEY STARK.”

McCoy then posted a video to his more than 730,000 Twitter followers explaining why he believed Iron Man’s life should have been spared.

"He's the best one! He's smart, intelligent, cool. He's rich and everything. I'm done with Avengers," McCoy said in the video.

Many Twitter users slammed the football player for ruining the movie just hours after it was released. Bills fans who were searching for news about the NFL draft on Friday instead learned about the "Avengers" plot twist. McCoy's actions even prompted one fan to start a petition calling for the player's contract with the Bills to be terminated.

"It is with the utmost disappointment that I must request the contract termination of Lesean McCoy of the Buffalo Bills," the Change.org petition reads. "He recently took to Twitter and spoiled a [sic] epic movie over a decade in the making for so many Marvel fans all over the world."

Others urged fans who haven’t seen the movie to avoid McCoy’s Twitter page at all costs.

Another wrote, “in awe of LeSean McCoy. not only did he spoil Avengers, he did it in a way that evades muted terms. truly remarkable work. my god.”

“WHY YES I DID SEE LESEAN MCCOY'S TWEETS AND I AM PRETTY UPSET ABOUT IT,” a tweet read.

“LeSean McCoy ruins the end of the Avengers. Don't go on his Twitter account feed. Unfollow him. I hope the Bills trade him,” another person wrote.

“in awe of LeSean McCoy. not only did he spoil Avengers, he did it in a way that evades muted terms. truly remarkable work. my god,” a tweet read.

“Avengers: Endgame,” the final installment of the saga, drew in $156.7 million on Friday, breaking the record for the highest opening day for a film, Variety reported. The cast, including Evans, have thanked fans for not ruining the ending of the movie.

"Much love to the fans who have kept spoilers to themselves. It’s a very unselfish thing to do," Evans tweeted Friday.