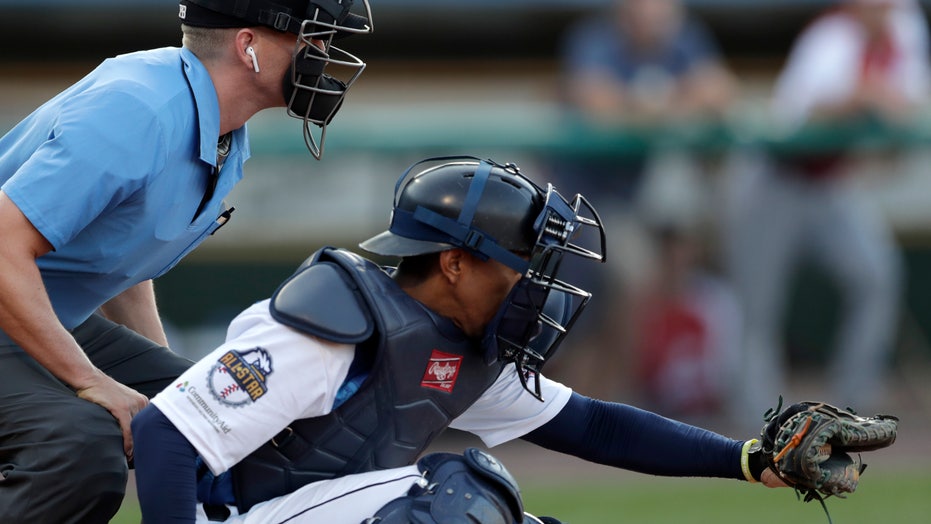 The High Point Rockers were taking on the York Revolution on Friday and with the Rockers already down two runs in the first inning, pitching coach Frank Viola came to talk to his pitcher Dominic DeMasi.

According to The Washington Post, Viola yelled at home plate umpire Tim Detweiler about the strike zone from the dugout. Detweiler pointed to his ear to make Viola know that it was the software the league was using that calls balls and strikes.

“Do your f-----g job,” the former Minnesota Twins great yelled back.

Viola, who also played for the New York Mets, Boston Red Sox, Cincinnati Reds and Toronto Blue Jays during his 15-year career, was promptly ejected over the outburst.

The Atlantic League, an independent baseball league which has become a testing ground for new rules for Major League Baseball, debuted the robot umpires at its All-Star Game last week.

The home plate umpire wears an earpiece connected to an iPhone in their pocket and the umpire then relays the call upon receiving it from a TrackMan computer system that uses Doppler radar.