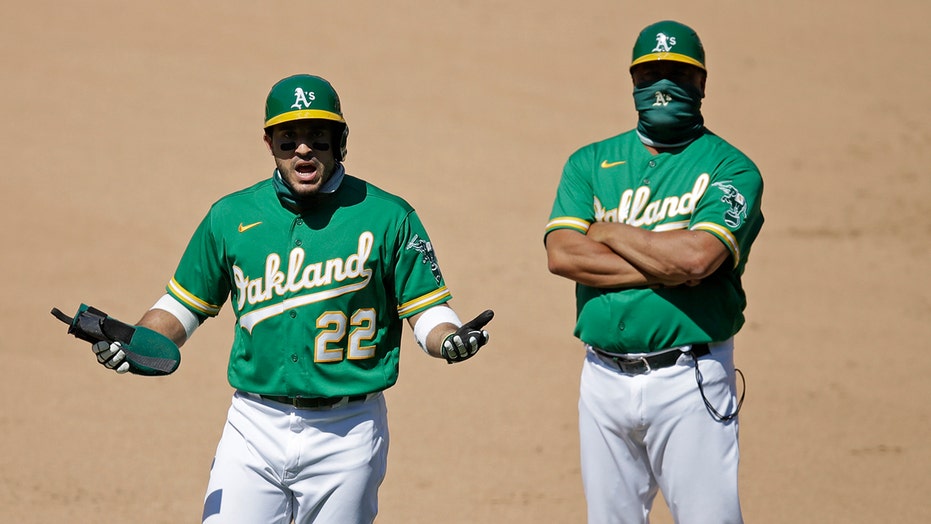 On Tuesday, MLB suspended Cintron for 20 games and Laureano for six games after a heated conversation between the two counterparts led to a dugout-clearing brawl. Cintron’s suspension is longest for an on-field transgression in 15 years, ever since Texas Rangers pitcher Kenny Rogers received 20 games for his altercation with a cameraman in 2005.

“I accept MLB’s suspension and will learn from this,” Cintron said in a statement. “Although I never referenced Ramon’s mother, my actions were inappropriate. I apologize for my part in Sunday’s unfortunate incident. As coaches, we are held to a higher standard and should be an example to the players. Hopefully, other coaches will learn from my mistake so that this never happens again in the future.”

Laureano appealed his suspension and was able to play Tuesday night against the Los Angeles Angels.

Laureano told ESPN that Cintron allegedly uttered a remark in Spanish about his mother. Cintron was in the dugout while Laureano was on first base after getting hit with a pitch. A back-and-forth began and eventually boiled over.

The 26-year-old said he owes his parents for his career, which is why he was seeing red when Cintron made the alleged remark.

“Every day I wake up with the motivation to be with them,” he said. “They sacrificed their life for me. They made the tough decision to let their own kid go to the States by himself and follow his own dreams. I've been away from my family for 10 years. It's tough to be away from them. Any chance I have to be with them, I feel like I'm in heaven. So for him to say that to me about my mom, it doesn't sit well. I've got a fire inside me right away in that second.”

Despite the beaning and the fight, Laureano said he has no ill will toward the Astros. He said the only regret he has was charging at Cintron.

“I regret charging him because he's a loser,” he said. “[A suspension] is understandable, but I hope it's not that many games.”