Arian Foster's manager once scolded him for spending $37 at Applebee's 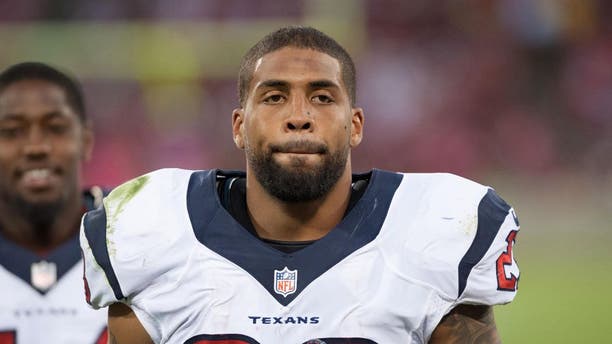 When Arian Foster came into the league in 2009, he was just an undrafted rookie looking for a spot on the Houston Texans roster. Now nearly seven years removed from that point, he's one of the best undrafted players in NFL history.

As you can imagine, his rise to stardom didn't come easy. As a rookie, he didn't have the money he has now after signing a five year, $43.5 million contract in 2012. At one point, he had just $5,000 to his name and had to spend his funds wisely.

There was one instance, however, where he "failed" to do that, according to his business manager. As a rookie, Foster spent $37 on dinner at Applebee's and heard about it after the fact. He shared the story during his interview on Michael Rapaport's "I Am Rapaport" podcast.

Via the Houston Chronicle:

Spending $37 dollars on dinner is no longer a problem for Foster, whose contract included more than $20 million in guaranteed money. Now he can treat himself to just about any dinner he'd like. One thing he doesn't do, however, is watch football.

In the same interview with Rapaport, Foster revealed that he no longer watches football. He did as a kid, but since joining the NFL, it isn't a part of his Sunday festivities.

That comes as somewhat of a surprise, given the fact that he's one of the bigger names in the league and has been around for six years. Guys like Tom Brady watch games for scouting purposes, even documenting it on Facebook.

Foster's reasoning is more than just not wanting to sit on the couch for 10 hours on a Sunday. It's because of the fact that he looks at the NFL differently now given the recent rash of head injuries and cases of CTE. And of course, there's nothing wrong with Foster taking that position.