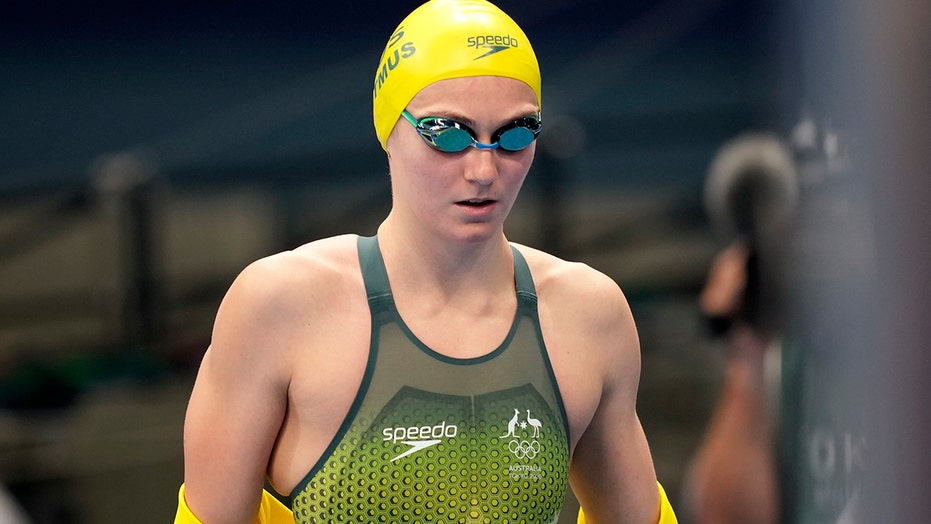 Briefly, the Terminator showed she’s still human as her eyes welled up with tears during the medal ceremony.

Ariarne Titmus allowed herself that moment having just completed the first part of her Olympic mission with unflinching focus.

Titmus, the Australian swimmer who took down Katie Ledecky on Monday, did it again on Wednesday to claim her second freestyle gold medal.

As she did to Ledecky, the ice-cold Aussie known as the Terminator hunted down leader Siobhan Haughey of Hong Kong in another ruthless finish, adding gold in the 200-meter freestyle to her scintillating triumph over Ledecky in the 400 free.

"I’m only halfway through my program," Titmus said after taking both those titles off Ledecky.

Ledecky finished out of the medals completely in Wednesday’s 200 but did recover to record a dominant win in the 1,500 freestyle, which Titmus didn't swim.

Titmus' Terminator nickname matches her swimming style, but also her in-competition character. She's only 20, but she seems to have already mastered the art of letting nothing distract her from the target.

"I feel like I’m pretty good at containing my emotions," she said. "I knew that was something I had to do very well."

Even the absence of fans at the Tokyo Olympics because of the pandemic — while a shame — doesn't make much difference to Titmus once she's in the pool and hunting gold medals: "When you’re in your zone, it doesn’t really matter."

Her reaction to possible distractions from social media is simple, and seems highly effective. She deleted every social media app off her phone while she's at the Olympics, she said. Nothing gets in the way.

"I am only speaking to my family a tiny bit, not that much either," she said.

"I’ve just tried to not read anything (on social media) ... I think it’s good to be able to be off that when you’re racing. It’s another thing you don’t have to worry about."

Titmus did allow two moments of emotion to seep out on Wednesday: On the podium, and also in an intimate exchange with coach Dean Boxall, whose strutting, thrusting, fist-pumping celebrations in the stands have been a feature of her victories.

After her second gold, Titmus and Boxall stood close together and talked, both seemingly with tears in their eyes.

"Seeing him emotional made me emotional because this is a great partnership," Titmus said. "This is not just me winning. This is him winning as well."

Titmus explained that emotion flowed because she's got a small break now before the hunt continues, and she took the opportunity to exhale.

She's part of the Aussie team in the 4x200 freestyle relay final on Thursday and will end her Olympics with a third battle against Ledecky in the 800 free, where Ledecky again is the favorite.

Terminator-like, Titmus said it was time now to "reset and focus" for the rest of the mission.