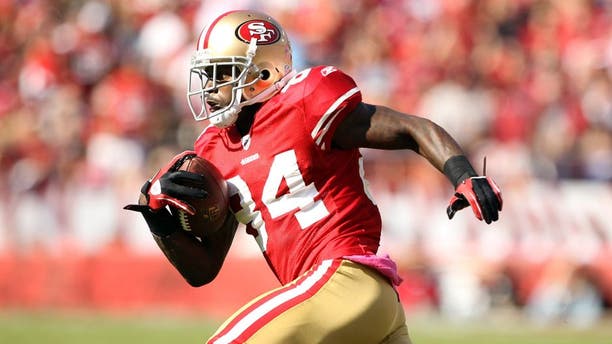 Plaxico Burress, you now have some company.

Former NFL wide receiver Josh Morgan reportedly shot himself in the leg while cleaning a gun, according to TMZ.

TMZ Sports has learned ... cops in Virginia responded to a report of a man with a self-inflicted gunshot wound around 9 PM on January 31st.

We're told Morgan claimed he was cleaning the weapon when it accidentally went off ... leaving him with non-life threatening injuries.

He was hospitalized and we're told he'll be okay -- but now he's got a new set of problems because he's been charged with misdemeanor reckless use of a firearm and has a court date in March.

A rep from Morgan's camp tells TMZ Sports ... "He's fine. It was a simple accident."

Burress, who caught the game-winning touchdown pass in Super Bowl XLII for the Giants, in Nov. 2008 shot himself in the leg in a Manhattan night club and as a result served a 21-month prison sentence on weapon's possession chargers.

Burress was again in the news recently, pleading guilty for tax evasion. He is awaiting sentencing.