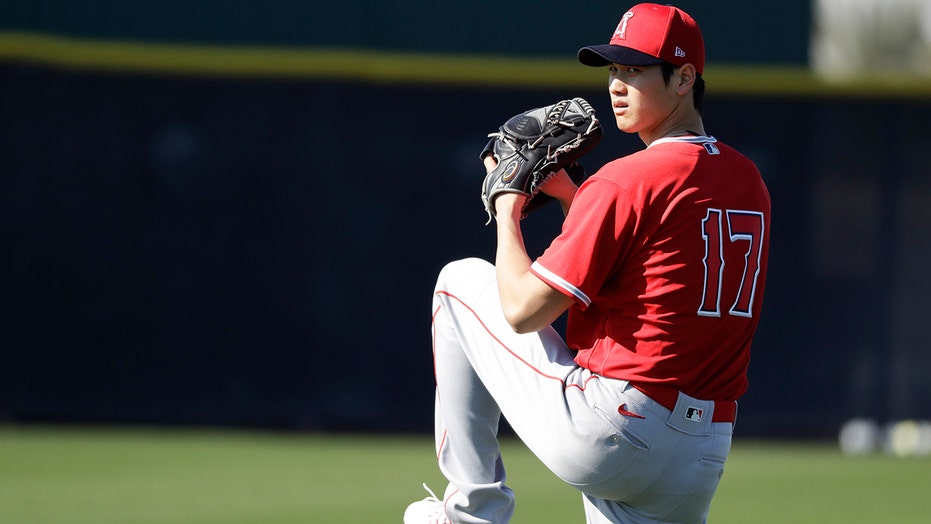 Shohei Ohtani has a right forearm strain that will prevent the Los Angeles Angels' two-way star from throwing for at least four to six weeks, possibly ending his season as a pitcher after just two starts.

Angels general manager Billy Eppler announced Monday that Ohtani “has a grade 1-2 strain of the flexor pronator mass” — a collection of muscles and tendons in the forearm near the elbow.

The right-hander reported discomfort in his arm Sunday after he issued five walks and got only five outs in a rough 50-pitch start against Houston.

Ohtani is traveling with the Angels to Seattle, where they open a six-game road trip Tuesday night. The Angels also use Ohtani as their primary designated hitter between his mound starts, and he is day-to-day as a hitter, the team said.

But Ohtani is unlikely to begin a throwing program for at least a month, which means he might not have time to build himself back up to game strength before the 60-game major league season ends in late September.

The injury is the latest stateside setback for the 26-year-old Ohtani, who left Japan in late 2017 with a determination to become the majors' first regular two-way player in decades.

While he has been a solid designated hitter for the Angels, Ohtani pitched in only 10 games during his AL Rookie of the Year campaign before requiring Tommy John surgery in late 2018, and he didn't make it through the second inning in either of his starts after returning to the mound this season.

Ohtani appeared to be near full strength heading into this virus-shortened campaign after months of diligent rehabilitation, but his first two pitching performances were dismaying, even if an injury casts them in a softer light. Ohtani has walked eight of the 16 batters he has faced while getting just five outs and giving up seven runs.

Ohtani failed to get any outs against six batters in his season debut at Oakland on July 26. His fastball velocity also failed to reach its pre-injury peak, which was sometimes 99 mph. Ohtani said afterward he was reluctant to throw at his full velocity, but believed he would be capable with time.

When he returned to the mound Sunday in Anaheim for his first home start since June 2018, he began with a superb eight-pitch first inning in which his fastball hit 97 mph.

Everything fell apart in a 42-pitch second inning. Ohtani walked his first three batters and struck out his next two, but issued two bases-loaded walks before getting pulled. Ohtani's fastball velocity dropped to 89 mph against his final batter, George Springer, although Angels manager Joe Maddon thought fatigue was the culprit.

“I saw some positive signs,” said Maddon, who apparently wasn't aware of Ohtani's impending MRI when he spoke after the Angels 6-5, 11-inning loss. “The velocity was much better. The slider was much better. It just seemed he tried to hit the edges too much, but he threw the ball much better.”

Ohtani's injury puts even more stress on the last-place Angels, who have stumbled to a 3-7 start with a string of terrible pitching performances. Three-time AL MVP Mike Trout is expected to rejoin the team Tuesday along with the Angels' top prospect, outfielder Jo Adell.

Ohtani is just 4 for 27 at the plate this season, but he showed encouraging signs last week when he homered on consecutive days, connecting on both a 99-mph fastball and an 80-mph curve that nearly hit the ground.

Ohtani is still working to recapture the magic of his first few months in the majors, when he seemed capable of redefining what's possible in baseball. He went 4-2 with a 3.31 ERA and 63 strikeouts during 10 largely successful starts, and he batted .285 with 22 homers as a designated hitter.

But Ohtani's rookie pitching season was interrupted when he sprained a ligament in his right elbow in June, allowing him to make just one more start before Tommy John surgery in October. He spent 2019 solely as the Angels' designated hitter while patiently rehabbing his pitching arm, hitting steadily but not spectacularly.

Ohtani's return appeared to be on schedule when he reported to spring training this year. He was expected to have an innings limitation when he returned to the mound in May, but the delay caused by the coronavirus pandemic allowed Ohtani to start the season in the Angels' rotation in July while serving as their designated hitter between starts.