An overhauled LA Galaxy still have their eyes on MLS Cup 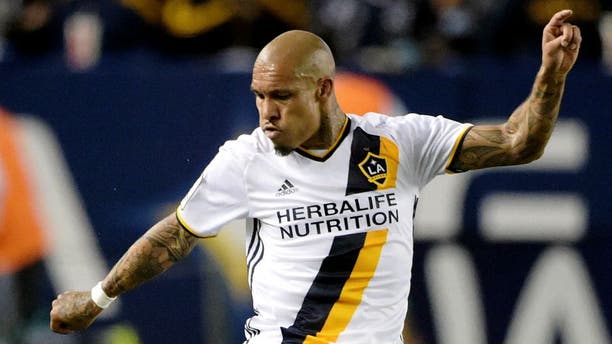 The LA Galaxy were supposed to win MLS Cup last season. They added Steven Gerrard and Giovani dos Santos to an already star-studded team and meshed right away, leading many to hand them the trophy in August. But then they collapsed, losing home-field advantage before crashing out in the first round of the playoffs. Bruce Arena responded to their failure and salary cap crunch with an overhaul, sending stalwarts Juninho and Omar Gonzalez to Liga MX and replacing them with a slew of European veterans. They have a rebuilt spine, and plenty of new faces, but no amount of turnover can change the annual expectations at StubHub Center: MLS Cup or bust.

1. Nigel de Jong needs to be the star

Robbie Keane is one of the best players in MLS history, while Steven Gerrard is the Galaxy's biggest name, Giovani dos Santos is an icon and Gyasi Zardes is the team's homegrown jewel and Jelle Van Damme is suppised to fix the team's defense. But nobody will be as important to Bruce Arena's team as de Jong. When the team faltered down the stretch last season, it was largely due to their inability to hold down the center of the pitch. Gerrard's lack of mobility killed the team and Juninho, while good, wasn't able to cover for him by himself. That stunted the attack at times and, more than anything, exposed the defense time and time again. For LA to succeed, de Jong has to do the running of two men in the center of the park and he'll have to do it nearly every match, all season long. If he's not the best defensive midfielder in MLS, the Galaxy don't have a chance of being the best team in MLS.

Few teams in MLS have invested as much in their academy as the Galaxy. They have tied the future of the club to the ability to develop young talent and integrate them into the first team. But that future needs to be now. Zardes has been a fixture in the team and will continue to be, but he can't be the only academy product making a big impression this season. Jose Villarreal needs to stay fit and provide a creative outlet, while Bradford Jamieson IV, Oscar Sorto and Raul Mendiola need to take on more responsibility. The Galaxy are in need of depth and impact players, even if only off the bench That is most likely to come from their youngsters' development. All that time and money that the Galaxy have poured into the kids needs to pay off beyond Zardes.

3. How will the team finish the season?

The Galaxy have plenty of experience. Another way to put that is they are old. Five of their 10 projected starting outfield players are over the age of 30 and every one of them will be counted upon to play a big role. So while Keane, Gerrard, de Jong, Van Damme and Cole could very well lead the Galaxy to the top of MLS in the first several months of the season and maybe even builds them a comfortable lead that allows them to capture the Supporters' Shield, there's reason to be concerned about how they finish the season. After a hot summer that has them traversing the country, will they have much left in the tank by Match 30? The MLS Cup Playoffs? Those older players will need to be at their best then, because they make up the core of the team, and that's a big ask.