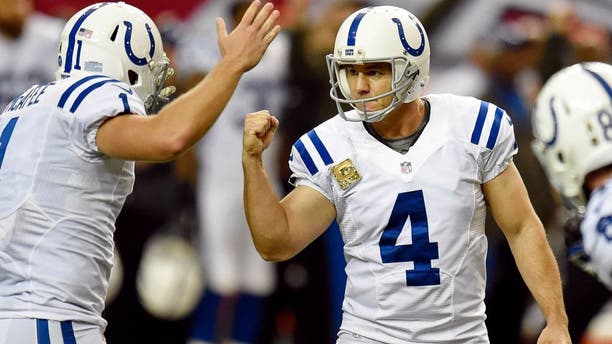 Indianapolis Colts kicker Adam Vinatieri's history of clutch performances on the game's biggest stage has earned him a spot on the NFL's 'Super Bowl 50 Golden Team.'

Vinatieri was the only unanimous selection and the only active player chosen by Pro Football Hall of Fame Board of Selectors. The Golden Team honors the best career performances at each position in Super Bowl history. The roster consists of 22 Hall of Famers.

You can check out the entire roster for the Golden Team here.