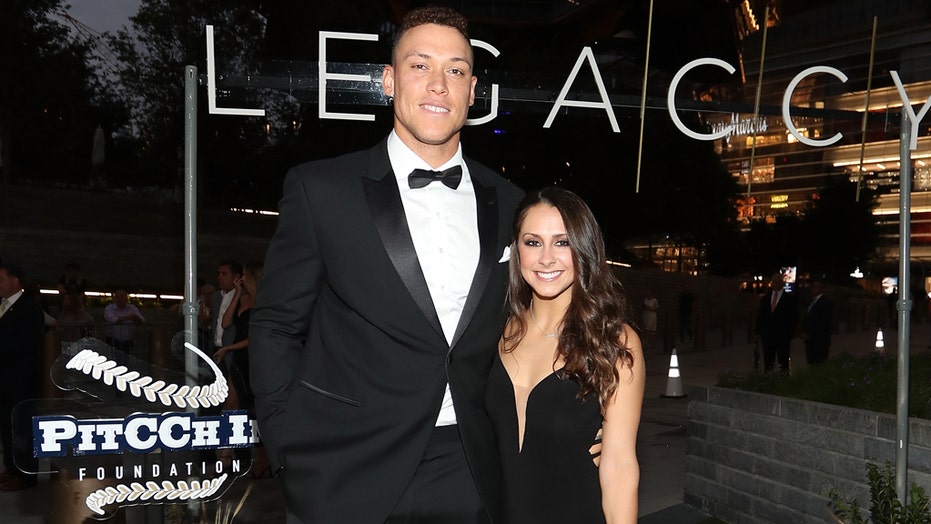 Aaron Judge’s longtime girlfriend Samantha Bracksieck brought up her relationship with the New York Yankees’ outfielder during her DUI arrest back in February, police video revealed.

Bracksieck, 26, was pulled over in Scottsdale, Ariz. on Feb. 25 after officers noticed that she was driving without her headlights on, according to TMZ Sports. Police footage obtained by the outlet appeared to show Bracksieck telling officers that she had two glasses of wine with dinner.

She reportedly failed the subsequent field sobriety tests and registered a .12 BAC after being administered a breathalyzer.

It was at that point in the video that Bracksieck began to bring up her relationship with Judge and what a DUI arrest would mean for her as a result.

"Do you understand what you're doing right now?" she asked officers.

"Do you know who my boyfriend is?” she continued, before adding, “This is going to be bad for me … I'm just saying that right now."

According to the report, officers did not engage with Bracksieck’s remarks and placed her in the back of a police car.

STEELERS’ JAMES CONNER ON PLAYING DURING CORONAVIRUS PANDEMIC AS CANCER SURVIVOR: ‘NOTHING I’M CONCERNED ABOUT’

"My boyfriend is not in a spot where I should be, like, having this happen," she said. "He's like a public figure. So, like, me being arrested for, like, having two glasses of wine is not OK.

“My boyfriend is in the spotlight of New York media in general. And, now here I am handcuffed here in Arizona ... like, that is not good."

Bracksieck was taken to the station where she was tested two more times and blew a .169 and .181, according to a police report obtained by TMZ Sports.

She is due in court next month, where she faces five charges, including extreme DUI.

Neither Bracksieck nor the Yankees have commented on the arrest.