Climate change is reshaping the natural world as rising temperatures cause polar ice to melt, and some animals are less equipped to adapt to their new environment than others.

It’s been labeled the Walrus scene and if you haven’t watched it yet, consider yourself warned. It’s no walk in the park.

It takes place in the Bering Strait, which separates Russia and Alaska slightly south of the Arctic Circle. Filmmakers captured a large group of Pacific walruses engaging in behavior that once would have been quite unusual.

According to the show’s producers, because their icy habitat is shrinking, walruses are being driven on to land to haul-out in large numbers where they can be a danger to themselves.

In the Netflix footage, a conflict between walruses is believed to have prompted others to scramble to safety, some climb up a steep cliff face to find solace.

But it’s not a usual place for animals that can weigh up to two tons to find themselves. In their clumsy and desperate attempts to get back to the water, they stumble from the cliff’s edge. 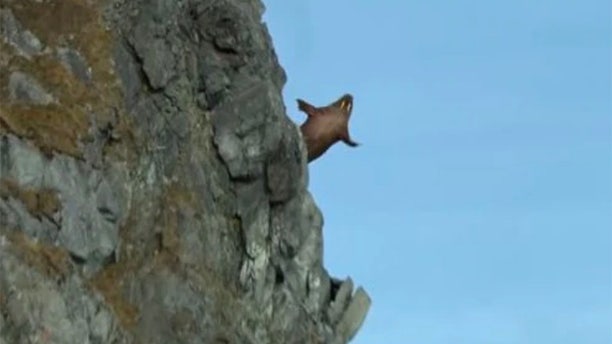 Horrified filmmakers look on as they bounce off the jagged rocks below. Many dying on impact, or crushing other walruses beneath them.

As their preferred habitat disappears, deadly scenes like this one are becoming a more common occurrence, the World Wildlife Fund says. Ordinarily, they would gather in smaller groups and often lay about on ice. 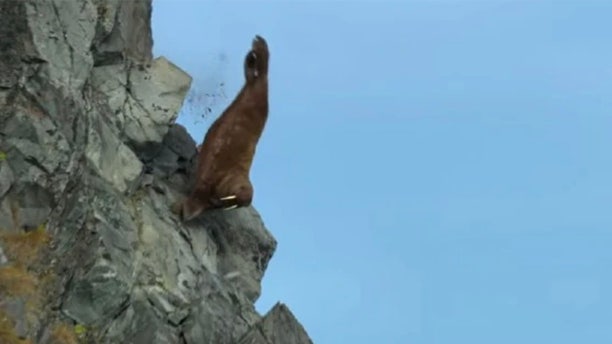 Even the show’s producer, Sophie Lanfear, was startled by what she saw and recalled how hard it was to witness during filming.

“The walrus scenes were the hardest things I’ve ever had to witness or film in my career,” she told The New York Times.

When planning the story, she chose the location because she knew about the mega haul-outs that were taking place in the region, which are the largest in the world. But she wasn’t aware of the potential carnage.

“I was expecting that perhaps the walruses would tumble down, but at the end, they’d be okay. I really wasn’t prepared for the scale of death,” she said. 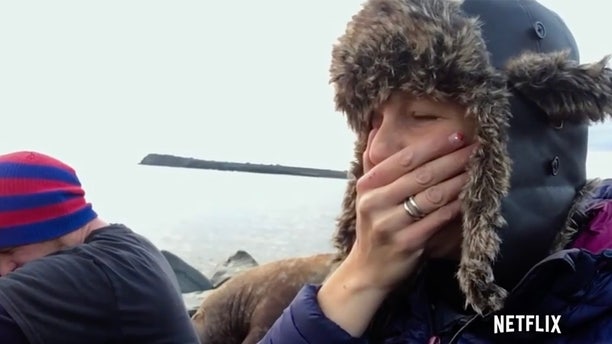 “What we think is going on is that the ones at the top can probably hear the ones in the water, and they can sense that there is water below. They teeter on the edge, and they just can’t work out how to get down there.

“A small group of maybe six or seven would make it down safely, and we’d all celebrate. But the vast majority do not. They basically walk themselves off the cliff.”

‘EMOTIONAL MANIPULATION AT ITS WORST’

The show’s creators partnered with the WWF, as well as a team of scientists, to depict how various ecosystems around the world are being impacted by human-led climate change. The series is unapologetic in its advocacy.

Some critics have questioned the link between the grisly scene and climate change, instead asserting it was the threat of polar bears that drove the animals off the cliff during an event in 2017. At the time, it was reported that hundreds of walruses fell to their death after being frightened by polar bears in the Russian Arctic, where the Netflix scene was filmed.

“This must be the most ridiculous thing ever ascribed to “climate change’” said Patrick Moore, a self-proclaimed sensible environmentalist and Greenpeace co-founder.

“This powerful story is fiction and emotional manipulation at its worst,” she said.

However, the reaction to the show — and particularly the hard to watch scenes like this one — show it is having the desired impact for filmmakers.

A behind the scenes segment (seen above) shows the impact it had on filmmakers.

“They’re exhausted because they’re having to swim a hundred miles now to get to food and then coming back here because it’s the only place to sleep,” he says.

“And now they’re swimming a hundred miles, coming to this place and climbing cliffs, getting exhausted and falling down and either being killed falling or crushing each other because there’s several thousands crammed onto little tiny bits of beaches.”