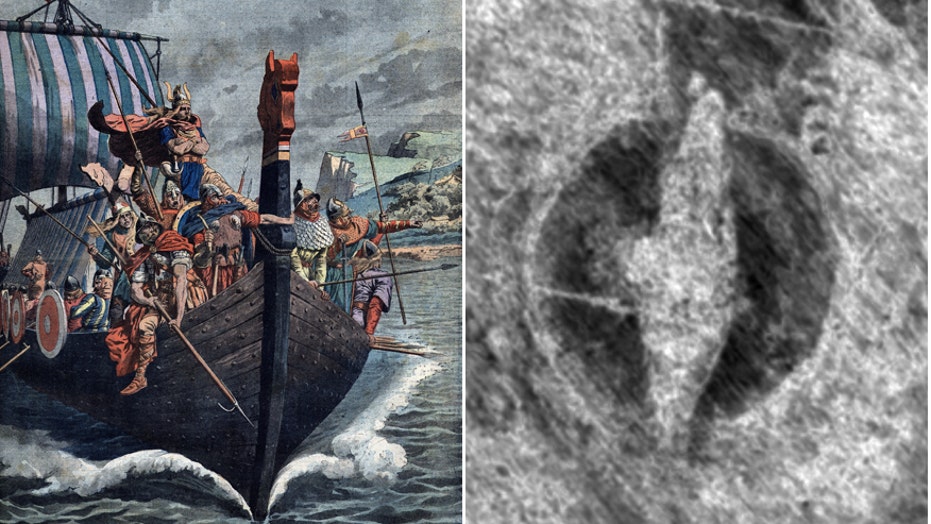 The first excavation of a Viking ship in 100 years is underway in Norway.

In a statement, the Norwegian Institute for Cultural Heritage Research (NIKU) explained that the Museum of Cultural History at the University of Oslo is responsible for the excavation.

The so-called Gjellestad Ship was discovered in 2018 by NIKU and Østfold County Council using ground-penetrating radar. The 66-foot vessel, which is located in a burial mound, is just beneath the topsoil at a depth of 1.6 feet.

"This will be exciting for all of us, regardless of whether you are an archaeologist or just have a medium interest in our past," said NIKU department head and Viking ship expert Knut Paasche, in the statement.

Georadar revealed the outline of the Viking ship.

However, a trial excavation in 2019 showed that the ship is in poor condition, and only part of its timbers have been preserved, according to Paasche.

Viking discoveries continue to be a source of fascination. Last year, for example, a mysterious Viking double boat burial was discovered in Norway, intriguing experts.

In another project, a Swedish grave containing the skeleton of a Viking warrior, long thought to be male, was confirmed as female.

In 2018, a Viking “Thor’s hammer” was discovered in Iceland. Separately in 2018, an 8-year-old girl discovered a 1,500-year-old sword in a Swedish lake and an incredible trove of silver treasure linked to the era of a famous Viking king was discovered on an island in the Baltic Sea. Hundreds of thousand-year-old silver coins, rings, pearls and bracelets were found on the German island of Ruegen.

In 2017, an incredibly well-preserved Viking sword was found by a reindeer hunter on a remote mountain in southern Norway. Archaeologists in Trondheim, Norway, unearthed the church where Viking King Olaf Haraldsson was first enshrined as a saint in 2016.

Separately in 2016, a tiny Viking crucifix was found in Denmark. The wreck of a 12th-century ‘Viking-style’ ship discovered in a German port is also revealing its secrets thanks to high-tech 3D-scanning technology.

Experts are also unlocking the secrets of a mysterious Viking treasure trove that was discovered in Scotland. The “Galloway Hoard” was found by a man using a metal detector in 2014. It was acquired by National Museums Scotland in 2017, which describes the trove as “the richest collection of rare and unique Viking-age objects ever found in Britain or Ireland.”