The mystery of why the Vikings abandoned their settlements in western Greenland has puzzled historians for hundreds of years. New research is shedding light on why they left the world’s largest island during the 15th century.

The study, led by Dr. James Barrett of the University of Cambridge, concludes that the overhunting of walruses played a major role in Norsemen’s vanishing from Greenland. Walrus tusks were a big commodity during the period, with Europeans willing to pay big money or trade iron and much-needed timber (trees are scarce in Greenland) for the ivory.

According to the research, by the time the 11th century rolled around, all ivory traded in Europe came from Greenland walruses. Starting in the 13th century, the walrus tusk gravy train started to splinter, as the West African Trade routes opened up and Europeans were now able to buy “superior” elephant ivory. Consumers preferred the larger, more consistently-colored elephant tusks to the smaller walrus ivory, which had a different color in the middle. 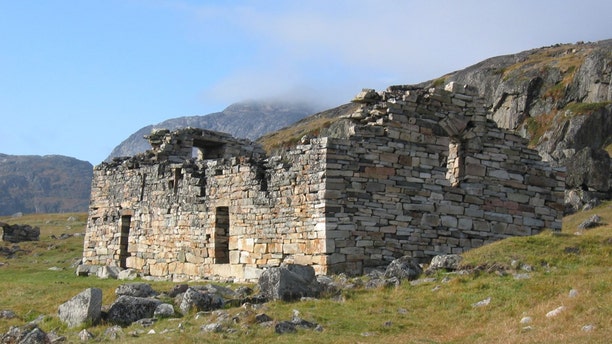 Instead of walrus hunting declining after their decrease in popularity, it had the opposite effect — Vikings killed even more walruses in an attempt to keep up with the market.

“We think that when elephant ivory became more popular in Europe, the unit value of walrus ivory decreased, meaning the Greenland Norse had to hunt more animals to maintain the volume of their trade with Europe,” Barrett told Fox News. “We think this led to overhunting.”

The common belief of why the Vikings left Greenland had been they overexploited the environment, then either died or left once temperatures declined.

For their study, the researchers analyzed 67 genuine medieval walrus skulls that served as "packaging" for tusks traded from Greenland to Europe. When shipped in the Middle Ages, the tusks were still attached to the front part of walrus skulls. They were then extracted for their ivory when they reached European towns such as Dublin, Bergen and London. 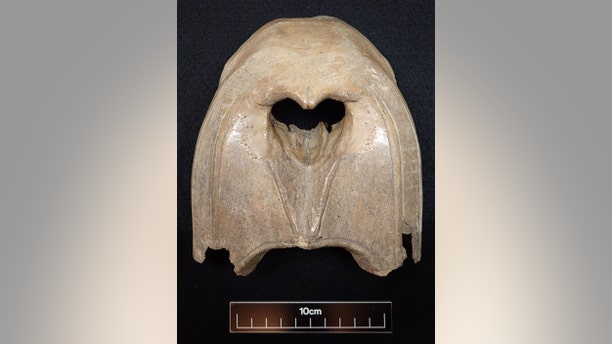 “We looked at how these skulls were modified for trade, which showed very similar methods of butchery and decoration, implying that they were produced by a single group of hunters or craftspeople (probably in Greenland),” Barrett explained. “We also used ancient DNA and stable isotopes to see where the walruses had been caught, and we considered archaeological and historical evidence regarding Norse Greenland and the medieval ivory trade.”

According to their analysis, during the 13th century, the skulls harvested became smaller and smaller in size, with the Norsemen having to keep traveling further north into the Arctic Circle to hunt any available walruses, male or female. These smaller skulls belonged to walruses from an evolutionary branch found in Baffin Bay, a large body of water far north of the settlements where the Vikings first hunted.

The study even presents as possible evidence some previously discovered timbers of a Norse Greenlander boat found on Ellesmere Island, which is a part of the northern tip of Canada. It is believed the boat timbers may have been from a doomed walrus-hunting expedition. 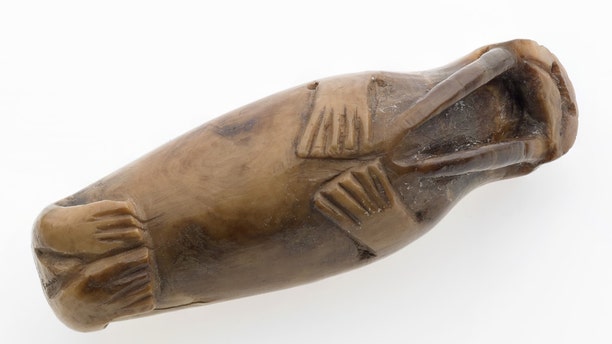 With so much effort spent hunting walruses for less money in return, along with unsustainable farming practices, the Black Death, and temperatures plunging, it’s believed the Vikings had no option but to leave the island.

According to Barrett, the disappearance of the Norse Greenlanders has endured “partly because it is such a mystery, and partly because it has often been thought of as a cautionary tale for modern times.”

Erik the Red arrived from Scandinavia in 985 A.D. during the Medieval Warming Period, from 900-1300 A.D. In this time, Norsemen started communities, built towns, large houses and farms in the region.