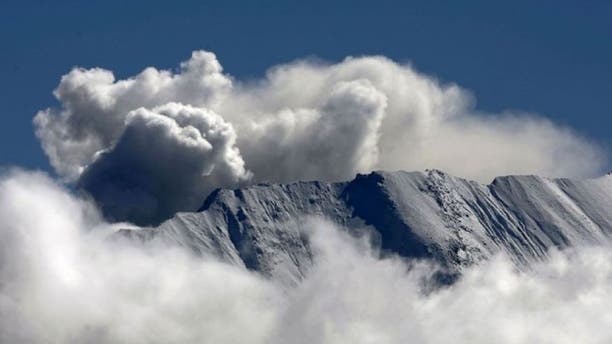 The U.S. Geological Survey said Friday they have discovered a swarm of small earthquakes underneath Mount St. Helens since March, which could mean it’s recharging with magma.

Scientists said the Pacific Northwest Seismic Network detected more than 130 earthquakes, between 1.2 and 4 miles deep, in the region since March 13. Researchers said the majority of the quakes have registered as a magnitude 0.5 or less and some are too small to detect.

There’s no indication there will be an eruption anytime soon, scientists said.

“No anomalous gases, increases in ground inflation or shallow seismicity have been detected with this swarm, and there are no signs of an imminent eruption,” researchers said. “As was observed at Mount St. Helens between 1987-2004, recharge can continue for many years beneath a volcano without an eruption.”

According to the USGS, the quakes are volcano-tectonic – which are commonly seen in active magma systems. Stress pushes fluid through cracks, creating small quakes or tremors.

“The magma chamber is likely imparting its own stresses on the crust around and above it, as the system slowly recharges. The stress drives fluids through cracks, producing the small quakes. The current pattern of seismicity is similar to swarms seen at Mount St. Helens in 2013 and 2014; recharge swarms in the 1990s had much higher earthquake rates and energy release.”

The USGS said that data they have collected indicates the volcano is still active. The amount of qukes have been increasing since March, reaching nearly 40 per week.

The biggest eruption of Mount St. Helens occurred nearly 36 years ago in May of 1980. The eruption in Washington state killed 57 people, blasting more than 1,300 feet off its top and rained volcanic ash on surrounding areas.