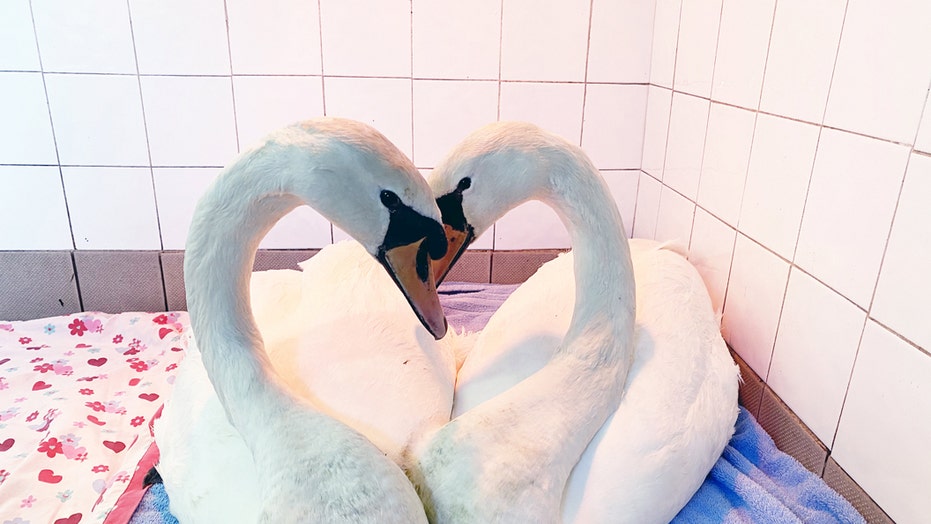 This Valentine's Day has gone to the birds.

A wildlife rescue organization in Britain has captured an incredible image of two swans bowing their heads together with their necks forming a heart shape.

The two birds were brought to the Secret World Wildlife Rescue in Highbridge, Somerset, after they were trapped in the back part of a house in Athelney, news agency SWNS reports.

This is the moment two swans in a rescue center bowed their heads together – and their necks perfectly formed the shape of a love heart. (Credit: SWNS)

Secret World Wildlife Rescue has not yet responded to Fox News with a request for comment, but the organization did tweet it thought the picture was "adorable."

Prior to being rescued, the male was very protective of the female, who was unable to stand. The organization decided to bring in both birds and the female is slowly recovering from her ailments. Eventually, when she is fully healthy, the two birds will be released.

Mute swans often bow their heads as part of a mating ritual, BBC reports. Once the courtship has ended, the two birds remain together for life.