Archaeologists said Monday that it's possible they have discovered a mass grave in Oklahoma that may contain remains of those killed in the Tulsa race riot of 1921.

Based on preliminary ground scanning, researchers told residents they've identified four sites to examine: Oaklawn Cemetery, Newblock Park, Booker T. Washington Cemetery and “the Canes,” a stretch of land by the 11th Street bridge that now serves as a homeless encampment. They reportedly said that Oaklawn Cemetery is the strongest candidate for a potential mass grave.

The Tulsa Race Riot took place on May 31 and June 1 in 1921, when mobs of white residents attacked black residents and businesses in the Greenwood district of Tulsa. It began after a 19-year-old black resident named Dick Rowland stepped on the foot of a 17-year-old white girl; after Rowland was taken into custody, a mob of white people formed outside the courthouse and attacked several black men who were protecting Rowland. Shots were fired, leaving a dozen people dead. Photograph of an African-American man with a camera looking at the skeletons of iron beds which rise above the ashes of a burned-out block after the Tulsa Race Riot, Tulsa, Oklahoma, 1921. ((Photo by Oklahoma Historical Society/Getty Images))

Local media reportedly characterized it as an attack on the city's white community. White residents rioted that night and the following day, killing people and burning property, and the violence didn't stop until the National Guard came in and declared martial law.

The massacre is widely seen by historians as one of the worst incidents of white supremacist violence in American history. It resulted in dozens of deaths, hundreds of injuries and the detention or arrest of more than 6,000 black residents. The riot also resulted in property damage to what was then known as "Black Wall Street" -- the wealthiest black community in the U.S. -- to the tune of more than $2.2 million, or approximately $32 million in 2019.

Experts in Tulsa cautioned that the ground anomalies don't necessarily mean there are mass graves or even that the graves are related to the massacre.

"The only way to move forward in our work to bring about reconciliation in Tulsa is by seeking the truth honestly. As we open this investigation 98 years later, there are both unknowns and truths to uncover. But we are committed to exploring what happened in 1921 through a collective and transparent process -- filling gaps in our city’s history, and providing healing and justice to our community," Tulsa Mayor G.T. Bynum said in a statement posted on the city's website. 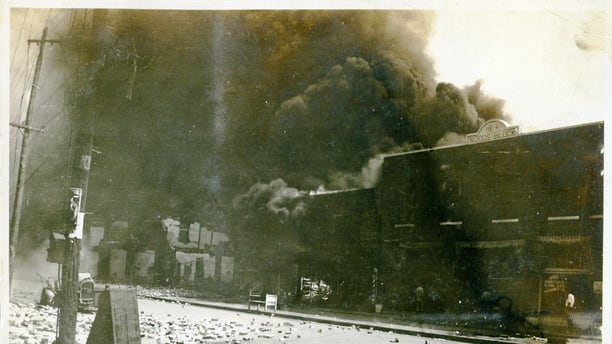 According to the city of Tulsa, the public oversight committee will begin a plan for the next steps in the investigation, which may include more geophysical surveys, excavation and a plan for what to do with remains if they are recovered.

Officials want to ensure that any victims found have a proper burial.

The full report on the recent geophysical survey can be read here.