Surfboard-shaped robots on science mission across the Pacific

A sponge-like fossil dating back approximately 890 million years may be the oldest prehistoric animal on Earth.

The fossils were first discovered in Canada's Northwest Territories and new research in the scientific journal Nature posits just that.

Researchers said that if "millimetric-to-centimetric vermiform-microstructured organism" is the fossilized tissue of keratose sponges, "the material described here would represent the oldest body-fossil evidence of animals known to date, and would provide the first physical evidence that animals emerged before the Neoproterozoic oxygenation event and survived through the glacial episodes of the Cryogenian period."

While most major groups of animals first appear in the fossil record during the Cambrian Period around 541 million years ago, the research presents evidence of sponge fossils that could be 350 million years older.

The petrographic work is supported by images of microscopically-viewed 30-μm-thick rock slices from the approximately 890-million-year-old Little Dal reefs.

"The shape, size, branching style and polygonal meshworks of the Little Dal vermiform tubules closely resemble both spongin fibre networks of modern keratosan sponges and vermiform microstructure either demonstrated or interpreted to be sponge-derived in diverse Phanerozoic microbial, reefal and non-reefal carbonate rocks," the study concludes.

"That would mean there’s a deep back history of animals that just didn’t get preserved very well," she remarked.

According to Smithsonian Magazine, Turner had held onto her controversial research for more than two decades.

However, while some are skeptical that the patterns Turner observed support her thesis, she told Nature that none of the known reef-building organisms from almost 900 million years ago like cyanobacteria or algae could explain the microscopic tube-like patterns she collected in her samples.

Nature noted that some scientists said they – and Turner –  required more information to say the fossils recovered were sponge fossils and that the palaeontological community is divided over the cause of death of animals from before the Cambrian Period.

The Smithsonian Museum of Natural history shows that sponges were among the earliest animals, with evidence pointing to them developing earlier than 700 million years ago. 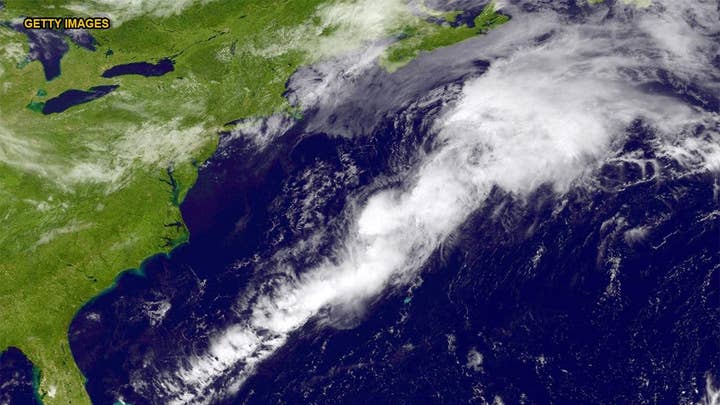 Sponges – multicellular organisms – need oxygen to metabolize, but not much, and they feed by extracting food particles from water pumped through their bodies by special cells

"The simple body plan of a sponge consists of layers of cells around water-filled cavities, supported by hard skeletal parts. The evolution of ever more complex and diverse body plans would eventually lead to distinct groups of animals," the museum notes.

Smithsonian Magazine pointed out that the sponges in Turner's rocks lived during the time when the supercontinent Rodinia fell apart and flooded ancestral Canada.

Turner says that sponges could have survived beneath the waters of a frozen Earth by living in crevices and cavities of the fossilized microbial reef and next to the oxygen-producing photosynthetic cyanobacteria or other nutrients from the bacteria.

"There was probably a delicious and very copious supply of ‘snot’ for these filter-feeding organisms to have eaten," she told them.