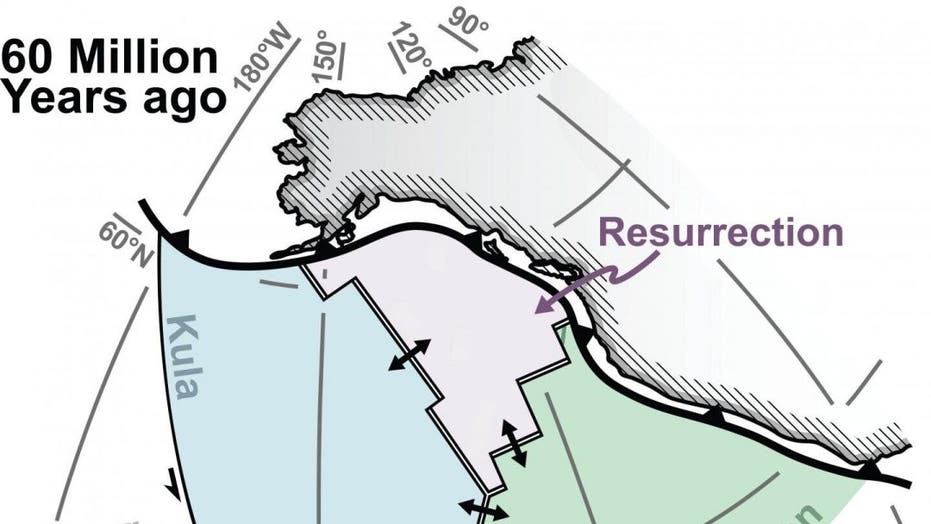 A tectonic plate "lost" for 60 million years under the Pacific Ocean has been reconstructed by scientists at the University of Houston.

Known as Resurrection, the plate has been a controversial topic among geologists because many believe it never existed. Others believe it may have directly resulted in the volcanoes in the Pacific Ocean, known as the Ring of Fire.

"Volcanoes form at plate boundaries, and the more plates you have, the more volcanoes you have," the study's co-author, Jonny Wu, assistant professor of geology in the Department of Earth and Atmospheric Sciences, said in a statement. "Volcanoes also affect climate change. So, when you are trying to model the earth and understand how climate has changed since time, you really want to know how many volcanoes there have been on earth."

The researchers used a computer model of the Earth's crust to reconstruct the plates of the early Cenozoic era, which started 66 million years ago, not long before the mass extinction event that resulted in the death of the dinosaurs.

At the time, there were two tectonic plates in the Pacific Ocean, the Kula and the Farallon. These plates have long since slid underneath the Earth's crust, a process known as subduction.

In 2013, a separate group of researchers found evidence that the Farallon is still present in central California and Mexico.

A 3D block diagram across North America showing a mantle tomography image reveals the Slab Unfolding method used to flatten the Farallon tectonic plate. By doing this, Fuston and Wu were able to locate the lost Resurrection plate. Credit: Spencer Fuston and Jonny Wu, University of Houston Dept. of Earth and Atmospheric Sciences in the College of Natural Sciences and Mathematics

There is lots of magma in modern-day Alaska and Washington state that some geologists argue is the remnants of a long-lost tectonic plate and the subsequent volcanoes near the edge of the plate.

Tectonic plates are constantly moving around the Earth's surface and bumping up against each other, either forming mountains or sliding under one another, forming subduction zones.

THE MASSIVE 2017 MEXICAN EARTHQUAKE SPLIT A TECTONIC PLATE IN TWO

"We believe we have direct evidence that the Resurrection plate existed," the study's lead author, Spencer Fuston, added. "We are also trying to solve a debate and advocate for which side our data supports."

The study has been published in the scientific journal GSA Bulletin.

In 2019, Fox News reported that a tectonic plate that appears to be “peeling apart” on the seabed off the coast of Portugal may one day “shrink” the Atlantic Ocean.

In 2018, researchers learned the 8.2 magnitude earthquake that brought devastation and 98 deaths to southern Mexico in September 2017 split the tectonic plate responsible for the quake in half.